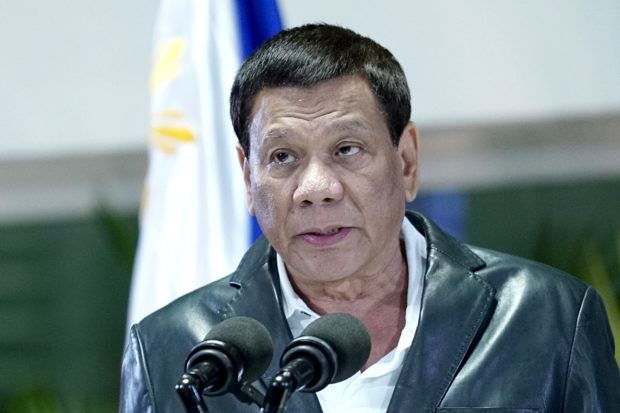 President Rodrigo Duterte said he would be “happy to step down” if the Supreme Court favors the quo warranto petititon filed against him by lawyer Elly Pamatong, who wants his 2016 presidential victory invalidated.

“Ah ‘di bale uuwi na lang ako sa amin. I would be happy to step down,” he added.

The event was closed for media coverage but Malacañang provided the media a transcript of the President’s speech.

Amid his ouster plea, Duterte said he leaves his fate to destiny.

In June, Pamatong asked the high court to invalidate the victory of the Duterte in the May 2016 elections for his supposed failure to file a certificate of candidacy on time.

The SC on June 29 gave Duterte 10 days to comment on the quo warranto peitition filed by Pamatong.

Presiential Spoksesperson Harry Roque said Duterte would respond to the peitition even as it dismissed the plea as “utterly bereft of legal and factual merit.”   /kga