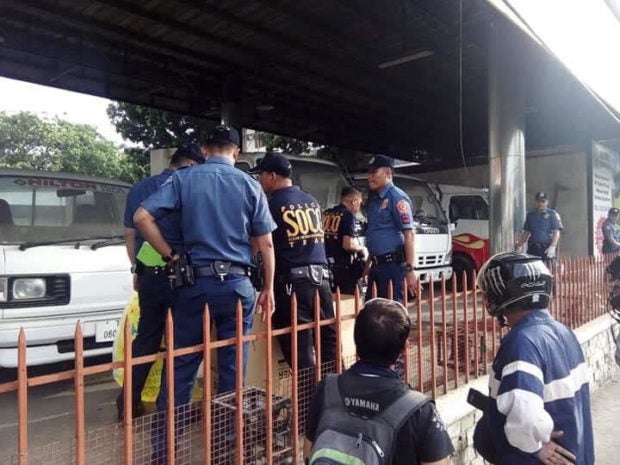 Policemen from the Mandaue City and Scene of the Crime Operatives arrive following the explosion outside Hilton Motors owned by businessman Peter Lim in Mandaue City. photo by Norman Mendoza, Inquirer Visayas

No one was hurt but the explosion tore apart some vehicles displayed outside Hilton Motors, which sold imported heavy equipment and trucks, said PO3 Frederick Andales of the Subangdaku Police Station.

He said their operatives received a request for assistance after the bomb ripped through part of the establishment where Lim’s office was also located around 2 a.m.

Investigations were ongoing to identify the perpetrators and the motive in the wake of allegations that Lim was a drug lord.

Lim was earlier tagged by President Rodrigo Duterte as a big-time drug lord – a claim strongly denied by the businessman, saying that he was not the Peter Lim referred to by the President.

But it didn’t stop the Criminal Investigation and Detection Group from filing a case against him and other drug personalities for drug trafficking. The case was still pending with the Department of Justice.

The explosion outside Hilton Motors was the third apparent attack against Lim and his brother Wellington. 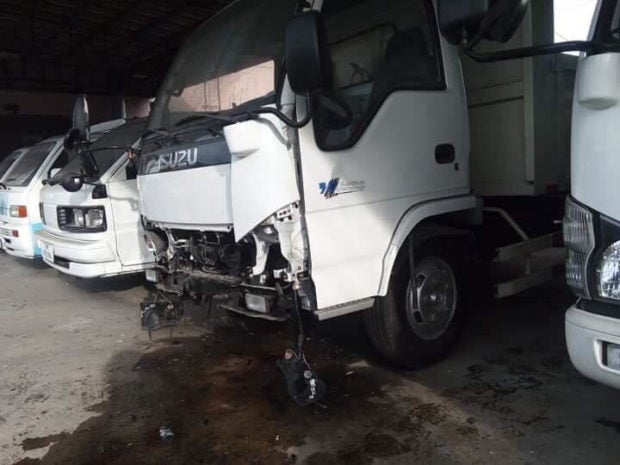 One of the trucks displayed at Hilton Motors has been damaged following the explosion. The establishment in Mandaue City which sells heavy equipment and trucks is owned by Peter Lim, who was accused by President Duterte as one of the biggest drug lords in the country. Photo by Norman Mendoza, Inquirer Visayas

The bar, located along Archbishop Reyes Ave. in Cebu City, is also owned by Lim and his younger brother Wellington.

In March this year, unidentified men fired at a vehicle reportedly driven by Wellington as he was leaving the Infinity carpark.

Wellington was unharmed but security guard Wilson Bucag, 42, who was guiding Wellington’s car out of the parking lot, was killed after sustaining multiple gunshot wounds on the body.

Another security guard was wounded as well as two foreigners who happened to pass by during the shooting.  /kga