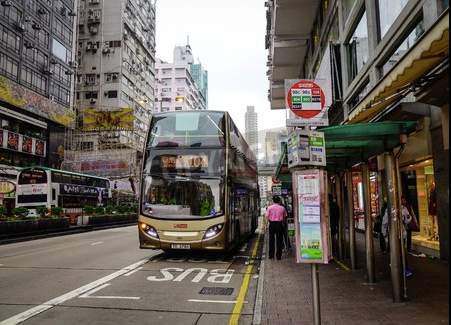 The curious case of needles sticking out of Hong Kong bus seats persists, as more and more passengers riding the said buses continue to find — and be pricked — by needles planted in their seats.

The incidents happened in buses operated by the Kowloon Motor Bus (KMB) company, with the first such case occurring just last week, according to the South China Morning Post yesterday, July 3.

A sixth needle was found yesterday in another KMB bus at around 8 a.m. The double-decker bus was about to leave the Lai Yiu Estate terminal in Kwai Chung en route Jordan.

A passenger spotted the needle, an inch long, planted in the seat, according to a KMB spokeswoman: “The bus had no CCTV camera. No one was hurt.”

“KMB is highly concerned about the repeated findings of needles, and severely condemns the moves because it may hurt our passengers,” the spokeswoman added.

The first two cases were reported last Wednesday, June 27, after two women in separate KMB buses were pricked by needles planted on their seats. This time, the incidents happened in the upper decks of the buses, and the women suffered from minor injuries.

The needle-pricking continued to rise over the past weekend, although no passenger was found hurt in those incidents.

Police are now looking into the cases, but haven’t made any arrests thus far. Meanwhile, the KMB company are calling for their passengers to be vigilant and to check their seats before sitting. They also advised the riding public to contact the police or the company for anything suspicious. Cody Cepeda/JB