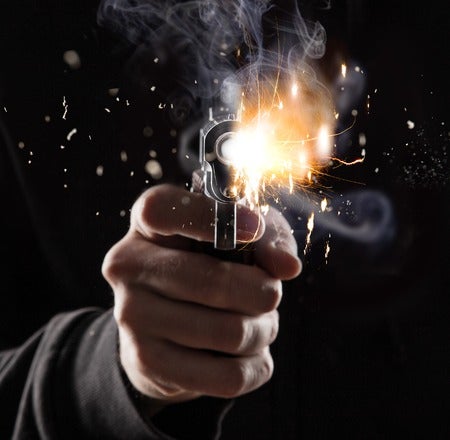 Ten mayors have been killed so far since 2016, reports compiled by INQUIRER.net showed.

This month alone, two mayors in Luzon were killed in two days: General Tinio, Nueva Ecija Mayor Ferdinand Bote and controversial Tanauan Mayor Antonio Halili, known for his “Walk of Shame” campaign where he made criminal offenders walk around the city.

All of the mayors, except one — Albuera Mayor Rolando Espinosa Sr. — were incumbent local executives when they were killed.

Only Espinosa was not holding office when he was killed as he happened to be in jail on suspicion of being involved in the drug trade.

Of the 10 slain mayors, only one was a woman, Bien Unido, Bohol Mayor Gisela Bendong-Boniel, who was allegedly shot dead by her husband and thrown off the sea.

Of the 10 slain mayors, only Boniel’s body has yet to be found.

He died in October 2016 in an alleged shootout with government operatives at a checkpoint in Makilala, North Cotabato.

Dimaukom was known as the “mayor who loved pink” as he had a fondness for the color. He had a mosque built in the color pink. He also had the municipal hall renovated and had it painted in pink.

Albuera, Leyte Mayor Rolando Espinosa Sr. was killed inside his jail cell at the Leyte Sub-Provincial Jail in Baybay City in November 2016 as he reportedly resisted the search warrant being issued against him.

Espinosa was in jail for alleged violation of the Comprehensive Dangerous Drugs Act of 2002 and for illegal possession of firearms and ammunition.

Pantar, Lanao del Norte Mayor Mohammad Exchan Limbona was ambushed in Iligan City in December 2016. The mayor was in a vehicle with his wife and daughter when shooters opened fire at them.

Marcos Mayor Arsenio Agustin was killed by a lone gunman in his hometown in Ilocos Norte in June 2017. The mayor was walking toward his parked vehicle after inspecting a water impounding project.

Bien Unido Mayor Gisela Bendong-Boniel was allegedly shot in the head by her husband, Bohol Board Member Niño Boniel.

A suspect, Riolito “Etad” Boniel, told police that Niño’s group dumped her body into the sea. Etad said he operated the boat that carried the body of the slain mayor.

He also accompanied authorities and divers to the area where they allegedly threw the body. The mayor’s remains have yet to be found.

Balete Mayor Leovino Hidalgo was shot during a local sports event in Barangay Poblacion at around 10:30 a.m. on June 10 last year. The suspects were reportedly on board a white van.

The mayor was rushed to Metro Lipa Medical Center but died along the way.

Ozamiz City Mayor Reynaldo Parojinog and 14 other people, including his wife Susan, were killed in a police raid in July last year.

He was allegedly being served a search warrant when his security personnel attacked.

The Parojinogs, an influential clan in Misamis Occidental in Mindanao, were on the narco list.

In 2014, an assassination attempt was carried out against Mayor Ronald Tirol of Buenavista, Bohol province but he survived.

In May this year, the Buenavista Mayor was killed at a cockpit arena in his town.

One of the three suspects in Tirol’s killing was allegedly also involved in the 2014 assassination attempt against him.

READ: Duterte: I told Halili not to get involved in illegal drugs

Tanauan City, Batangas Mayor Antonio Halili was shot dead by a sniper during a flag ceremony at the city hall on July 2, 2018.

Halili was a controversial mayor as he made drug suspects participate in a walk of shame in the city. This practice was declared unconstitutional by the Commission on Human Rights.

In November 2017, Halili was linked to the illegal drug trade. The mayor was stripped of his powers over the local police but Halili refused to surrender.

The mayor was leaving the National Irrigation Administration office in Cabanatuan City on a Toyota Fortuner when he was shot several times, apparently with the use of a short firearm at around 4:50 p.m. on Tuesday.

He sustained multiple wounds and was declared dead on arrival at a nearby hospital.