Child dies after being thrown off inflatable trampoline 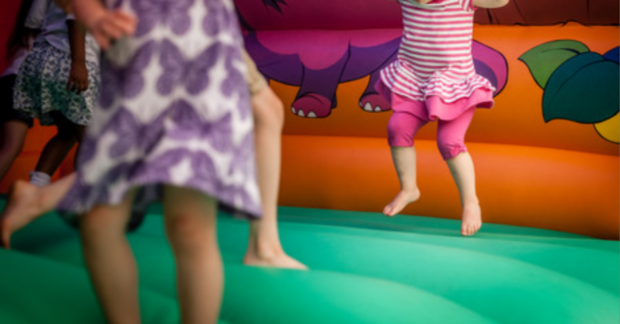 A young girl in England tragically died in a freak accident involving an inflatable trampoline which “catapulted” her feet into the air.

The incident took place in Gorleston beach in Norfolk at 11 a.m. on Sunday, July 1.

According to a witness, the inflatable exploded while the child was atop it. “The child on it was catapulted about 20ft (6 meters) into the air,” said Kara Longshaw, as reported by The Guardian. She attributed the inflatable’s blowing up to the summer heat and claimed that the girl was only four years old.

Members of the public came to the girl’s aid and made over a dozen calls to the East of England Ambulance Service Trust (EEAST). Paramedics came in four minutes to treat her, reports BBC.

The child was found with severe injuries and suffered from cardiac arrest. She was brought to the nearby James Paget hospital but succumbed to the injuries.

Police, along with the Health and Safety Executive and the Great Yarmouth Borough Council, are investigating the incident.

The town’s Member of Parliament (MP) Robert Halfon has called for “a temporary ban on bouncy castles in public areas until we can ensure they are safe.”

The tragedy comes two years after a bouncy castle which had not been anchored was blown away and “cartwheeled” down a hill, reports BBC. A 7-year-old girl trapped inside it died from injuries to her head, neck and chest. Niña V. Guno/JB