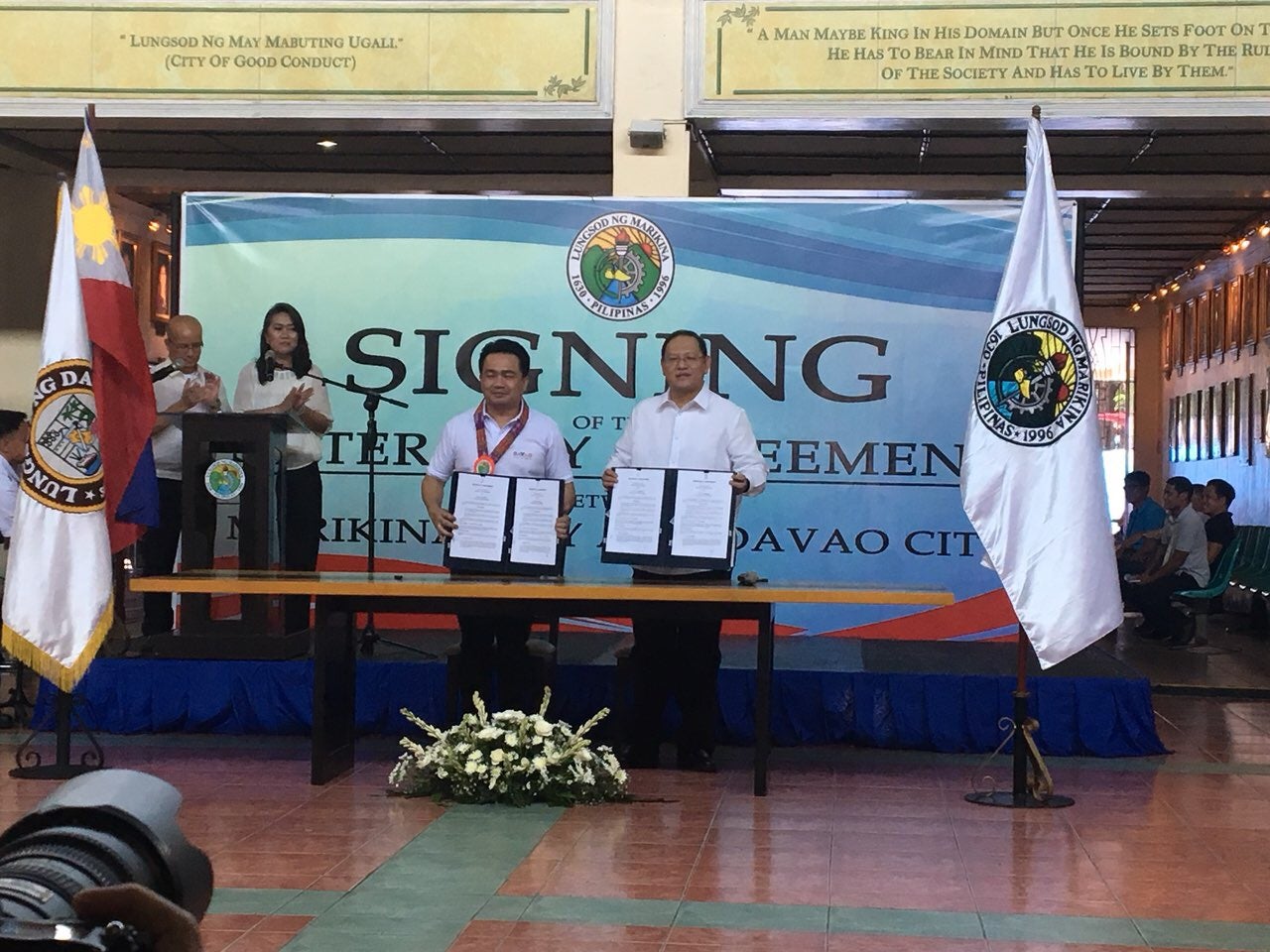 The mayor of Marikina City is hoping more Davaoeños would soon be enjoying footwear from the country’s “shoe capital.”

Marikina Mayor Marcy Teodoro made the remark on Wednesday after inking a “sister city agreement” with Davao City officials to promote cultural and commercial ties between the cities.

“Hopefully, we could open up markets in areas, particularly in this case, in Davao City,” Teodoro told reporters in an interview.

With the partnership in place, Teodoro said both cities could now share each other’s best practices, particularly in trade and commerce as well as peace and order.

Shoe manufacturers and other business groups in Marikina City would also be able to establish more partnerships and trade agreements with those in Davao City, Teodoro said.

“Marikina is now developing in various trade areas so we could bring our products in those areas. Here in Luzon, we have shoe caravans (from the city) to introduce our products and establish trade and commerce,” the mayor added.

While there were already shoemakers from Marikina who have established businesses in Davao, Teodoro said small and medium businesses should also be promoted.

“Once we establish trade and commerce in Davao City, more markets would also be opened (for our small businesses) in other cities in Mindanao,” he explained.

Aside from Marikina’s shoe industry, Teodoro said that the partnership with Davao City would also open more opportunities for the city’s tourism industry, social services and public education.

The sister city agreement was signed by Teodoro and Davao City Vice Mayor Bernard Al-ag on Wednesday, June 27, at the Marikina City Hall.

Davao City Mayor Sara Duterte was scheduled to appear at the signing but was not able to make it since one of her children was sick, Al-ag said.  /muf