After the closure of Boracay resort island for rehabilitation — to the dismay of several travelers and residents who earn a living from tourist arrivals and related industries — the famous tourist destination remained very much in the news.

But one part of Boracay that has not gotten much attention is the reforestation project inside Barangay Manoc-Manoc involving the old and reliable mangrove trees, also called “bakawan” in Filipino.

The Roots for Boracay project, which is supported and monitored by the Tan Yan Kee Foundation Inc. (TYKFI) in partnership with Tanduay Distillers Inc. (TDI), the Department of Environment and Natural Resources (DENR), and the local government, aims to protect the Boracay coastline from erosion.

“Mangrove reforestation is one of the best ways to ensure that coastal soil is protected against erosion, especially against the big waves,” the project said in a statement.

“Prevention of soil erosion and the protection of the coastal area during the strong winds of the storms and the “Amihan” will help preserve the natural beauty and landscape of Sitio Lugotan,” it added.

Since the project was launched in 2012, TYKFI and its partners have worked with the community in nurturing existing mangroves and planting new ones.

The mangrove forests, which cover hectares of Sitio Lugotan’s coastline in Barangay Manoc-Manoc, are part of the Dr. Lucio Tan Legacy Forest Project.  The project’s other activities include agro-forestry, biodiversity improvement, and wildlife protection. 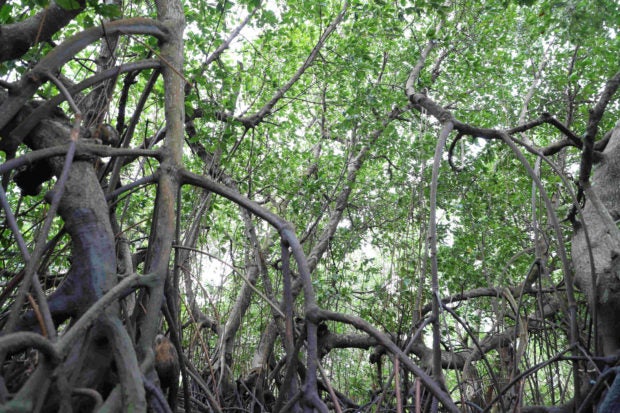 The importance of mangroves

“Mangroves also act synergistically with adjacent ecosystems such as seagrass and coral reef communities for coastal protection,” they added.

“Being archipelagic in nature, a large part of the population of the Philippines depend on the mangroves for food, livelihood, and shelter derived from the mangrove ecosystem,” the paper noted.

“In fact, more than half of the country’s 1,500 towns and 42,000 villages depend on these marine habitats for food and other goods and services (Primavera 2000),” it added. 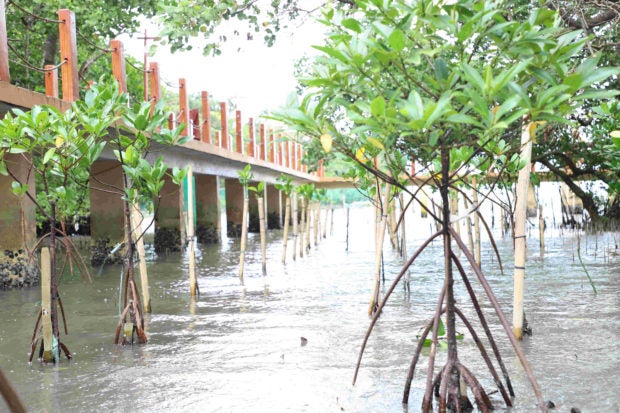 The project said that the residents of Barangay Manoc-Manoc have benefitted the most from the mangrove plantations, as it makes water clean and provides a nursery for marine products, which translates to a bigger catch.

“Other benefits include increase of income for fishermen because mangrove areas are a nursery for fingerlings and other marine life like shells, crabs, and stone fishes,” the project said.

“Moreover, mangroves offer direct economic benefits. The economic equivalent of one hectare of mangrove per year is estimated at P22, 800,” it added.

To maintain the area, the project plans to charge an entrance fee.  A barangay ordinance will also be issued to prevent the fishing and catching of marine life and the cutting down of trees for firewood and boat making.

Residents are pleased with these developments, as they have felt the effects of the plantation on the environment.

“Lumiwanag na hindi kamukha noon na madumi, walang pumupunta, and may hindi magandang amoy (The area is now clear. In the past, it’s dirty and there were no visitors because there’s also foul odor),” a local resident was quoted as saying. /ee