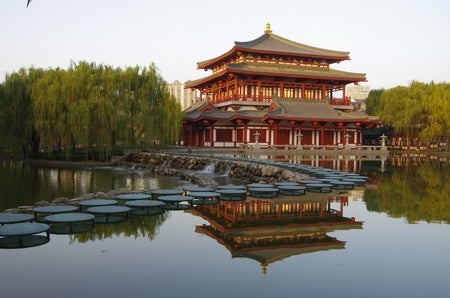 Weigh more than 61.8 kilograms (136 lbs.)? If so, you could have gotten free entry to a theme park in northern China.

The Tang Paradise park in Xi’an, Shaanxi province, is named so because it is inspired by the culture of the Tang Dynasty, which lasted from 618 to 907. It follows then that the park would feature the era’s traditions from architecture down to standards of beauty for women.

During the period, Yang Guifei was the highest-ranking consort to the emperor. She is one of China’s legendary four great beauties who supposedly held great influence over the emperors of their respective dynasties.

Yang was said to be full-figured, and artworks of her adhere to the beauty ideals then of a round face, a small waist and heavy hips. 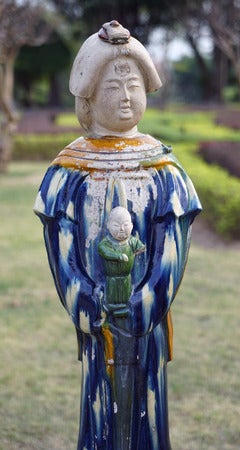 Statue of a woman from the Tang Dynasty in a Shenzhen park  (INQUIRER.net Stock Photo)

From June 15 to 19, women sat on a large weighing scale—a giant beam balance—to determine if they were fit for one of 618 free tickets, as seen in a BTime video, reports China Daily.

Women heavier than the required weight were also eligible to enter a contest called  “Beauty of the Tang Dynasty,” reports BBC.

Chinese businesses have ignited controversy with promotions based on weight. In 2014, a restaurant in Chongquin in southwest China gave free food to heavier men and to women who weighed less.  Niña V. Guno /ra

Man fails to rob Chinese restaurant due to language barrier