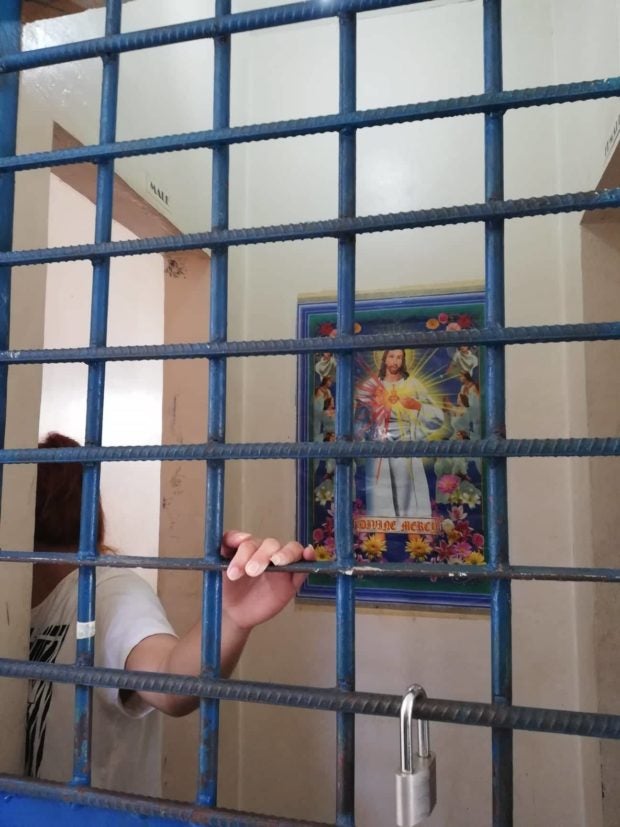 Valencia Police in Bohol province are warning people to be careful about the pictures and videos they share on social media following an incident about a 17-year old male student was blackmailed for sex and load. LEO UDTOHAN/INQUIRER VISAYAS

VALENCIA, Bohol – Police in this town are urging the public to think carefully about using the social media.

The warning came after a man blackmailed a 17-year-old male student for sex and mobile load.

According to Senior Insp. Joseph Lopena, chief of Valencia Police Station, Marco Lagarit alias “Barbie,” 22, a resident of Barangay Canlusong in this town, was charged with grave coercion and child abuse.

Lopena said they might also file violation of the anti-cybercrime protection law against Lagarit.

The police said Lagarit befriended Mario (not his real name to protect his identity) on Facebook in April this year.

Their constant chat on Facebook went to exchanging of private photos and videos.

But the suspect allegedly demanded to have sex with Mario in exchange for keeping the latter’s nude photos and videos from circulating on Facebook.

“The suspect would threaten the victim to see him for sex or else he would circulate the victim’s nude videos and photos,” said Lopena.

The teenager yielded to the demands of the suspects for fear that his photos would be exposed.

Lopena said Lagarit and Mario had sex four times but the teenager didn’t know that the suspect recorded their sexual trysts.

Lagarit used the videos to demand cellphone load from the victim as well as to lure him to have sex with him again.

When Lagarit threatened to have sex with him just recently, Mario decided to ask his mother for help. They sought the assistance of the police who set an entrapment operation.

Police said they seized the suspect’s cell phone and found some videos and nude photos of the victim.

The suspect said he didn’t share the sex videos and nude photos and used these “for his own consumption.”

He added he didn’t force the victim to have sex with him since Mario acted on his own free will.

“Don’t trust strangers on Facebook. Don’t share your private or intimate videos and photos or else you will be sorry,” said Lopena.

He also encouraged all parents to speak to their children about the possible consequences of taking and sharing nude images of themselves or other young people./lb