Pangilinan to PNP: Loitering no longer a crime 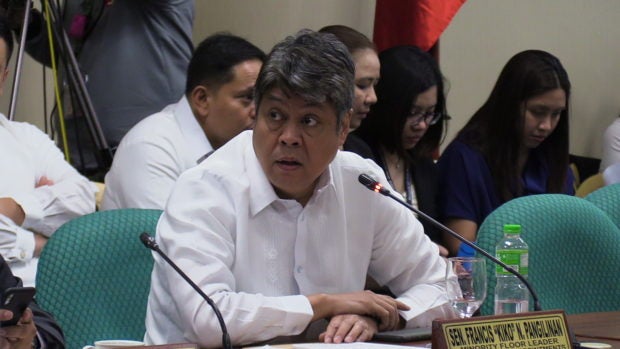 After the Philippine National Police (PNP) vowed to intensify anti-crime operations by apprehending bystanders, Senator Kiko Pangilinan reminded that loitering is no longer a criminal offense.

The opposition senator was referring to the Act Decriminalizing Vagrancy passed by the 15th Congress, which replaced the original stance on loitering.  According to the Revised Penal Code, individuals “found loitering about public or semi-public buildings or places” is a guilty of vagrancy, which is a punishable crime.

President Rodrigo Duterte has warned bystanders on Wednesday, whom he claims are a source of crime in the streets.  Responding to the president’s statements, PNP Chief Director General Oscar Albayalde said that the police operations against loiterers are nothing new, as it has been a part of efforts to deter crime.

The current administration’s critics said that the move mimicked the state of the country during the Martial Law in 1972.

However, Malacañang said that if no crime has been committed, there is no basis for arrest.  PNP also clarified that the rights of the people would still be paramount for officers doing patrol at night.

READ: Palace: Enforcing laws vs ‘tambays’ is part of crime prevention / Albayalde says nothing new in campaign vs ‘tambays’ / Solon on Duterte’s directive vs ‘tambays’: Is this martial law redux?

The senator also advised law enforcers to study the law in order to implement it correctly and accordingly.

Pangilinan also emphasized the salary increases that uniformed personnel got, urging them to serve as they are mandated to do so.