Solon on Duterte’s directive vs ‘tambays’: Is this martial law redux? 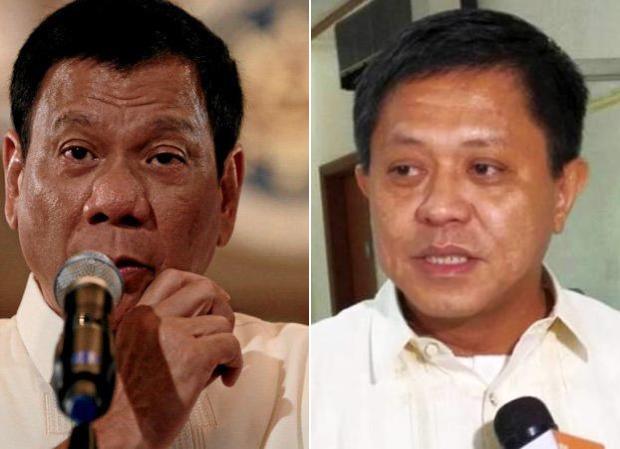 Akbayan Rep. Tom Villarin suspects that President Rodrigo Duterte’s directive against “tambays” (loiterers) is reminiscent of the situation during martial law and is “leading to something sinister.”

While noting that there is “nothing wrong with fighting crime,” the opposition lawmaker said something must be afoot now that the President views common crime as a national security threat.

“Is this martial law redux when even converging in streets will lead you to jail or worse make you disappear in the murky waters of Pasig or somewhere else? Are these rants leading to something sinister that would expand the coverage of Proclamation 216?” he added.

(Those loiterers, let’s not link it to the President; just because you’re loitering doesn’t mean you’re already a criminal.)

“Violence has never been the solution; it is a problem that will continue to grow as more violence is committed,” he added.

On Wednesday, the President directed authorities to be strict with tambays, saying they are “potential trouble for the public.”

(We built the streets and highways for the law-abiding citizens. The criminals and the druggies are not supposed to be there. So my directive is when you see a loiterer, tell them, “Go home. If you don’t go home, I will bring you to the Pasig office.”)

“Do not… You be strict. Part of confronting people who do not do nothing and just idling around, they are potential trouble for the public,” he added. /je

Read Next
PNP to go strict vs ‘night idlers’ in metro streets
EDITORS' PICK
Being a celebrity isn’t wholly an ‘advantage’ in the election, says Sotto
Acer starts the year off strong with the Aspire Vero National Geographic Edition
Octogenarian jailed for ‘stealing mangoes’ freed after people chip in for bail
Gov’t eyeing COVID-19 tests in pharmacies
Gear up and get ready to play with Yamaha Mio Gear
Over 3 Million worth of prizes to be won at Smart Padala’s SENDali Manalo Promo!
MOST READ
Natural immunity more potent than vaccines during US Delta wave—study
Mocha Uson, Michele Gumabao draw flak for running under party-list representing mothers
Bongbong Marcos-Sara Duterte tandem adds Zubiri, Gadon, Marcoleta to Senate slate
Help pours in for octogenarian jailed for ‘stealing’ mangoes in Pangasinan
Don't miss out on the latest news and information.