Albayalde says nothing new in campaign vs ‘tambays’ 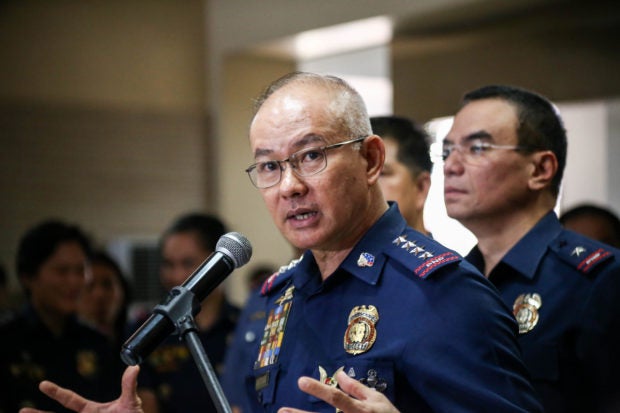 The recent Philippine National Police (PNP) directive to be strict against “tambays” or bystanders on the streets at night is not a change of policy but just a prompt enforcement of existing laws, according to PNP chief Dir. Gen. Oscar Albayalde.

(There is nothing new with the president orders to apprehend bystanders, because when I was the regional director of the National Capital Region, we already apprehend them.)

Albayalde’s remarks was in relation to the criticism that President Rodrigo Duterte got after issuing a directive against people who continue to loiter the streets, or idle their time away, even at night.

Several lawmakers said that the President’s order strikes a similarity to the situation when former President Ferdinand Marcos declared martial law in the entire country in September 1972.

READ: Solon on Duterte’s directive vs ‘tambays’: Is this martial law redux?

Presidential Spokesperson Harry Roque downplayed the fears, saying that President Duterte only wanted a stricter enforcement of laws — and apprehending “tambays” is a way to deter crime.

The PNP chief echoed Malacañang’s sentiments, saying that the measure is aimed at providing security for innocent people.

(The problem is if the bystander is not from that community, that’s why we avoid this, because we want to provide security for passersby and those who come home from work.)

When asked if police officers might use the President’s orders to abuse their power, Albayalde said that police officers are governed by rules and regulations, and he believes that they would act accordingly.

(Well, our policemen are covered by laws and they know that we should constantly follow police operational procedures. The respect for human rights is always paramount, and police officers know this.) /jpv