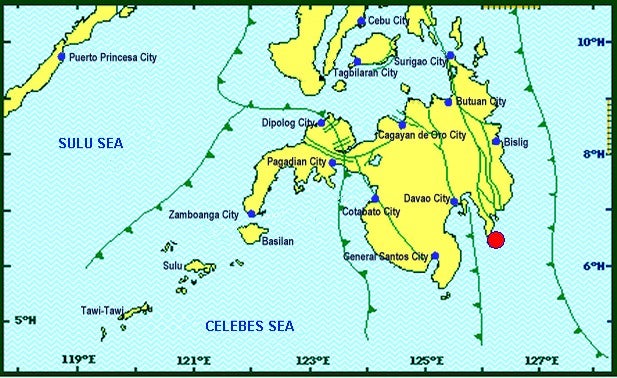 In a bulletin, Phivolcs said Intensity 3 was felt in Davao City, while Intensity 2 was recorded in the Davao towns of Mati, Mabini, and Compostella Valley; as well as in General Santos City.

The town of Alabel in Sarangani felt an Intensity 2 quake while Kidapawan City in North Cotabato experienced an Intensity 1 tremor, Pagasa added.

Phivolcs said the epicenter of the tectonic earthquake, originally reported as a Magnitude 5.4, was located 30 kilometers southeast of Governor Generoso at a depth of 135 kilometers.

While no damages have been recorded as of now, the agency warned that aftershocks could likely follow in Governor Generoso and nearby towns. /kga