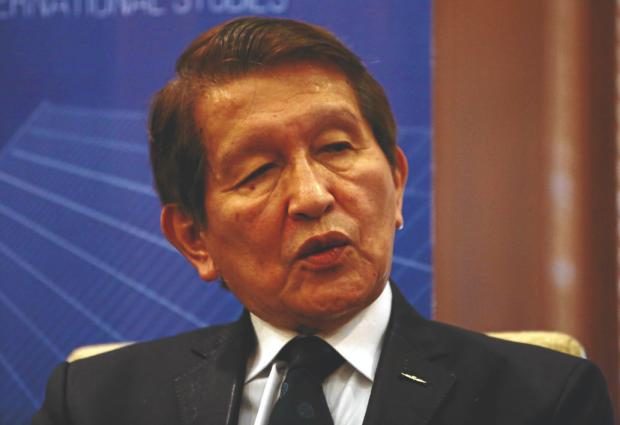 In an interview on dzRH radio early on Monday, which he also posted live on his Facebook page, Golez, a former Philippine Navy officer and member of the House of Representatives, urged the Duterte administration to be transparent in its dealings with China, following a series of aggressive moves by Beijing in the South China Sea, including deploying weapons on reefs claimed by Manila in the Spratly Islands and landing long-range bombers on Woody Island in the Paracel archipelago, from where the country is within the planes’ fighting range.

ABS-CBN said ANC was supposed to interview Golez early Monday about the South China Sea dispute, but the interview fell through because Golez “felt unwell.”

Golez died hours later, according to his son, Parañaque Vice Mayor Rico Golez. He was 71.

“We lost a true patriot. He was an indefatigable defender of the West Philippine Sea,” acting Chief Justice Antonio Carpio said in a text message, using the local name of the waters within the Philippines’ 370-kilometer exclusive economic zone in the South China Sea.

“He embraced lawfare as a peaceful means of asserting our sovereign rights in the West Philippine Sea. His death strengthens our resolve to carry on,” Carpio said.

The Armed Forces of the Philippines mourned the death of the former naval officer, who was also a graduate of the US Naval Academy in Annapolis, Maryland.

In a statement, Col. Edgard Arevalo, spokesperson for the military, said Golez was “a sailor, a patriot, and a public servant whose contributions to the Filipino nation and its people extended throughout his lifetime.”

Sen. Francis Pangilinan, president of the opposition Liberal Party, remembered Golez as a “true freedom fighter, being one of the few solid voices defending the country’s territorial rights.”

“He was a true statesman who will be sorely missed, especially during these trying times in our country’s history,” said Sen. Francis Escudero, who had served in the House with Golez. —WITH REPORTS FROM MARLON RAMOS, LEILA B. SALAVERRIA, DJ YAP, JEANNETTE I. ANDRADE AND DEXTER CABALZA