Priests’ killings might be due to religious beliefs, advocacies — VACC 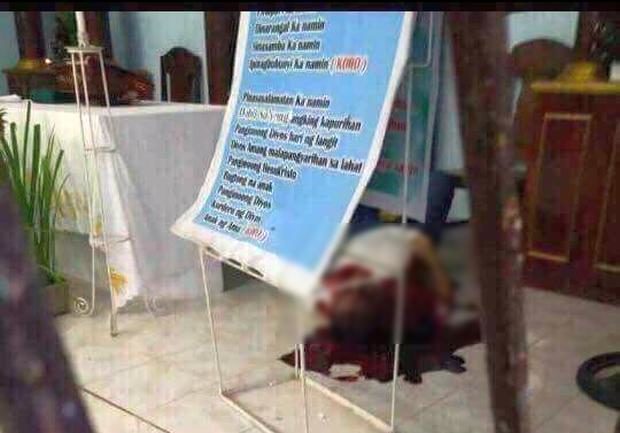 The bloodied body of Fr. Richmond Nilo lies in a chapel in Zaragoza, Nueva Ecija. He was shot by still unidentified men while celebrating Mass on Sunday, June 10, 2018. (Photo by SONIA CAPIO)

The murder of a Catholic priest in Nueva Ecija on Sunday and the killing of other members of the clergy may have been brought by their beliefs and stand on particular issues, said an official of the Volunteers Against Crime and Corruption (VACC).

Evangelista was referring to Fr. Richmond Nilo, who was gunned down by two unidentified gunmen on Sunday night in Zaragoza, Nueva Ecija, as he was preparing to celebrate Mass inside the Nuestra Señora de la Nieve Chapel.

According to a spot report from the Nueva Ecija Police Provincial Office, the 40-year old priest was shot four times through a window.

Nilo is the third priest to be murdered in less than a year after Fr. Mark Ventura was slain on April 29 in Cagayan and Fr. Marcelito Paez on December 5, 2017, in Nueva Ecija also.

However, Evangelista said that he had qualms regarding the possible motive for killing Nilo, which some believe stemmed from his supposed participation in an upcoming inter-faith debate.