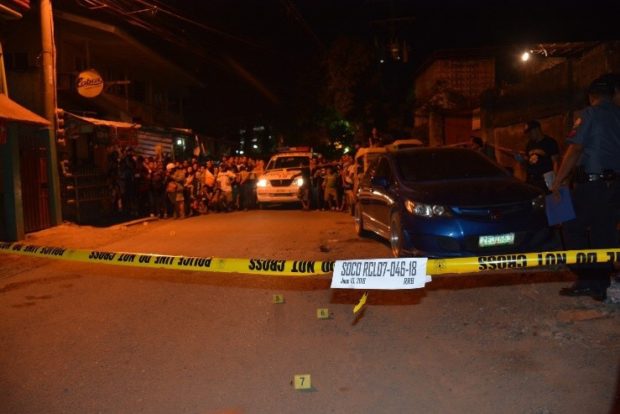 More than a week after the controversial Bulacan police chief took the helm of the Philippine National Police (PNP) internal cleansing campaign, a senior inspector was killed in a buy-bust operation in Mandaue City, Cebu for allegedly resisting arrest.

Hortezuela, however, resisted arrest and drew a pistol, prompting a shootout that wounded him in the process.

He was brought to the Mandaue District Hospital for treatment but was declared dead on arrival.

Caramat said Hortezuela was involved in illegal drug activities in Cebu City, and said to be one of the protectors of slain drug lord Jeffrey Diaz, also known as Jaguar.

The slain policeman was reportedly recycling recovered shabu when he was assigned at the Guadalupe Police Station, and served as the go-between for some remnants of the Jaguar group.

Hortezuela’s death is the first in all CITF operations since the unit was formed in February last year. It transpired more than a week after Caramat called on CITF authorities to defend themselves if rogue policemen resist arrest.

Albayalde named Caramat, whom he described as one of his trusted men, as the CITF chief last May.

Prior to becoming CITF commander, Caramat served as provincial director of the Bulacan police, which posted the highest number of deaths under the government’s anti-illegal drug campaign.          /kga