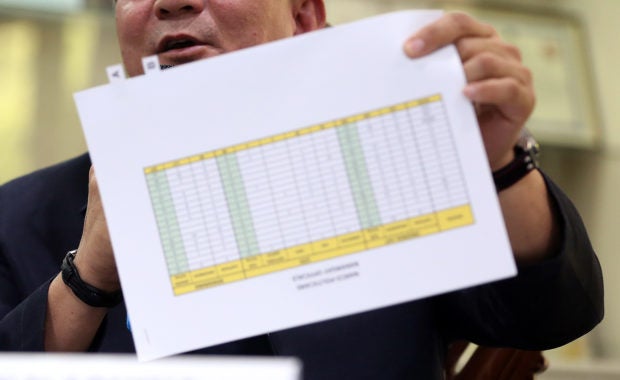 KORONADAL CITY—A town councilor and a village councilman in Kiamba, Sarangani were killed for reportedly violently resisting authorities during an anti-illegal drugs operation in the said town on Friday.

“Both are high-value targets of the police and the Philippine Drug Enforcement Agency (PDEA),” Gonzales told the Inquirer.

He said authorities, armed with four search warrants, simultaneously went to the houses of Mamaclay and Orobia around 3 a.m. but the operatives were met with gunfire.

Mamaclay was injured in the firefight and was rushed to a hospital but he died upon arrival at the facility, Gonzales said, adding that a .45-caliber pistol had been recovered from the official’s possession.

Orobia was also initially injured and died while being brought to a hospital, he added. Recovered from Orobia was a .38-caliber revolver.

He did not say, however, the amount of illegal drugs that had been recovered during the operation.

But Gonzales said both Mamaclay and Orobia were included on the narco-list of President Rodrigo Duterte.

The death of two officials brought to 80 the number of drug suspects killed in operations by the police and PDEA in Central Mindanao since December 5. /jpv