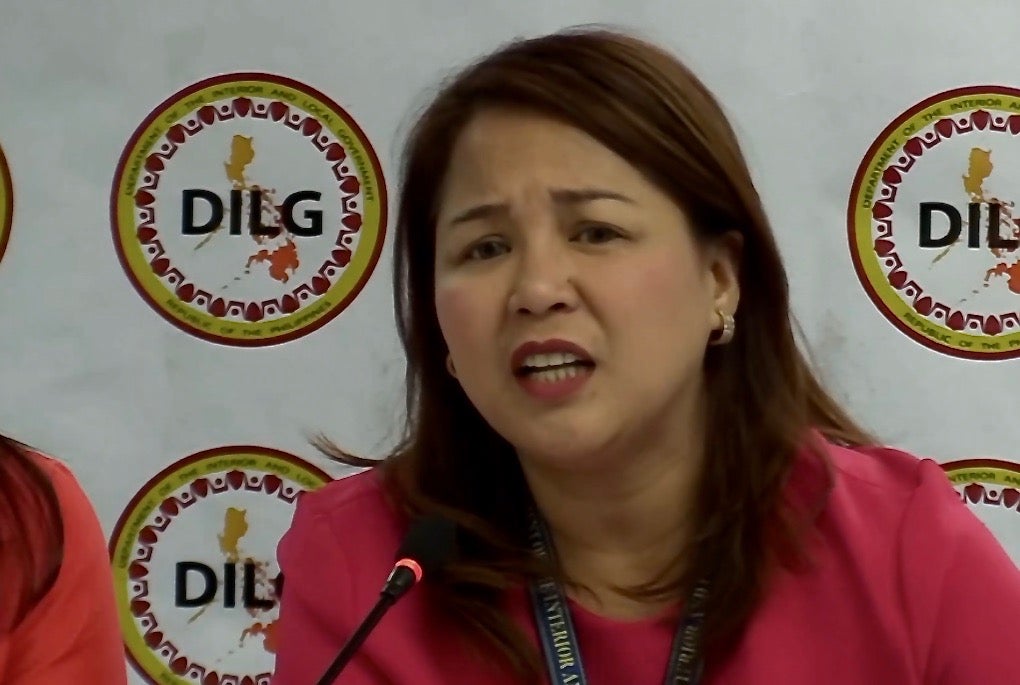 DILG Asec. MARJORIE JALOSJOS during the launching of Cinemarya on Friday, June 8, 2018 at DILG-NAPOLCOM center in Quezon City. Noy Morcoso/INQUIRER.net

This was how Department of the Interior and Local Government (DILG) Assistant Secretary Marjorie Jalosjos addressed the issue of President Rodrigo Duterte’s onstage kiss with a married overseas Filipina worker in South Korea, when brought up at the agency’s launch of its first women’s film festival titled “CineMarya 2018.”

READ:   Duterte’s meeting with Filipinos in Korea sealed ‘with a kiss’

Jalosjos said she was not defending the President’s act, but she explained it was just a part of entertainment done by some politicians.

For her part, Actress Iza Calzado, CineMarya project ambassador, appealed that politics be taken out of the project because “politics is detrimental to the growth of women.”

“I know that this a DILG-FDCP project, it’s a government-funded project, but can we go outside politics and just focus on the women? Because they’re really the ones that needed the help. So inasmuch as we can, take away the politics from it, because its detrimental to the growth of women, I feel. Just for this project, if we can do that, that would be great,” Calzado said.

But Gabriela Rep. Arlene Brosas earlier criticized the kiss as “unethical,” “misogynistic,” and shows lack of respect to women.

READ:  ‘It’s a once in a lifetime experience,’ says Filipina kissed by Duterte in Seoul

CineMarya 2018 is festival of short films centering on women issues spearheaded by FDCP and in partnership with DILG and Philippine Commission on Women (PCW).

CineMarya will grant a seed money of P100,000 to interested participants (Filipino citizens or is a Philippine passport holder, 18-30 years old) to produce a 10 to 20-minute short films with themes on battling violence against women, Marawi women and the city’s rehabilitation, or Magna Carta for Women.

The festival is open to filmmakers who have not yet made a feature film/documentary.