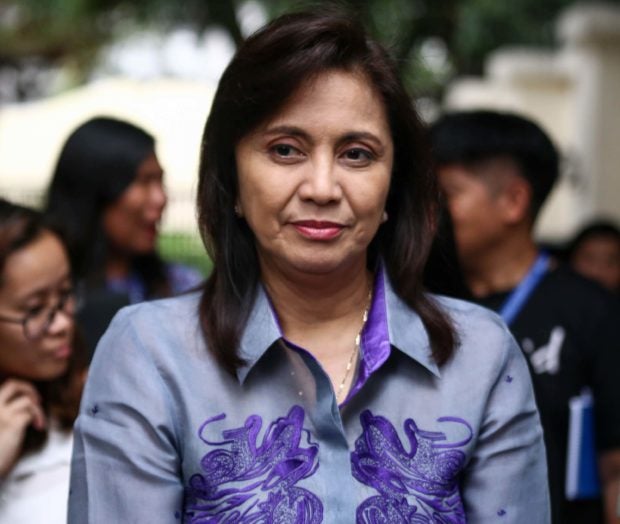 Be brave and refuse to stay safely hidden on the sidelines in these times when human rights and democratic institutions are struggling to survive.

Vice President Leni Robredo made these exhortations to a batch of graduating law students on Tuesday during the 76th commencement exercises of the Far Eastern University Institute of Law, as she cited the current issues hounding the country.

“Our world today not only needs excellent lawyers but brave ones who are willing to take the narrow road – to do what is right and what is just no matter the cost,” Robredo, herself a lawyer, said.

She lamented how social media had been spreading division and hatred instead of uniting the people.

Meanwhile, she added that the expression of dissent and the defense of democracy had been paying a heavy price and judicial independence had been under attack, notably in the use of a quo warrant petition against former Chief Justice Maria Lourdes Sereno.

“Rule of law and the protection of human rights are now being set aside as an unnecessary bureaucracy and inconvenience,” Robredo said. “Some argue that this is necessary for the sake of safety and security.”

“But we begin to question: At what point has it become alright for our people to stop protecting human rights and instead start condemning it and its defenders? Do we feel safer now?” she said.

The Vice President urged law graduates to be courageous enough to answer the following difficult questions once they take the bar exams and asked to swear an oath to uphold the Constitution:

Will you fight for those who need you the most, not just those who can pay you more?

Will you always fight for what is right and what is just no matter the risks and the inconvenience?

How strong is your commitment to never settle for the comfortable and the safe and never compromise principles in the name of power and privilege?

“I wish to call on all of you today to honor our profession by refusing to stay safely hidden in the sidelines, while our people fight for their rights and our democratic institutions fight for their survival,” Robredo said.

She warned that Filipinos now were not just against a single oppressor as in the times of martial law but a “creeping dangerous mentality” that the rule of law and human rights were dispensable and the tendency to look away against injustices and the “folly of giving away” the nation and the people’s security and sovereignty.

“Some of these are dark and heavy words, but do not mistake them for loss of hope,” she said. “I still believe that our nation is meant for greatness, and that our people’s hearts are in the right place.”

Robredo also urged the graduates to always choose the path that leads to justice in favor of the “last, the least and the lost.” /atm