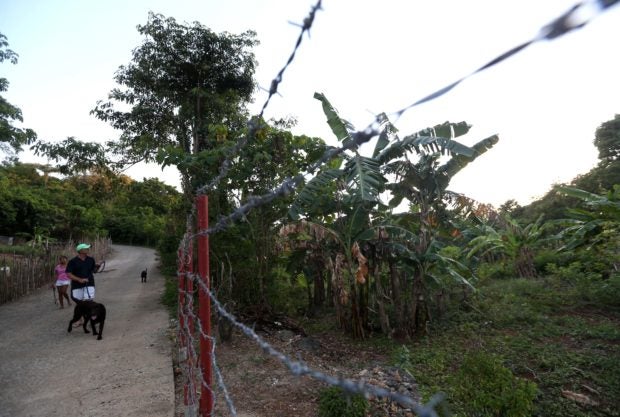 FENCED OFF Agrarian reform officials find a 1-hectare property that a claimant fenced off in Boracay’s Barangay Yapak but which has been classified as within forestland. —PHOTOS BY LYN RILLON

BORACAY ISLAND, Aklan — Like many residents of Boracay, Jane Gelito welcomes government rehabilitation efforts to deal with environmental and other problems on the world-renowned resort island.

But Gelito is concerned that the six-month shutdown of the island will lead to the loss of her family’s prized possession — land the family has been occupying for generations but categorized as forestland and thus owned by the state.

“It is difficult for us. We fear that any time, the government will take them away,” Gelito, 52, told the Inquirer.

Even before World War II, the family of Gelito’s mother has been paying realty taxes on a 2.6-hectare property in Barangay Balabag and another lot less than a hectare straddling Balabag and Barangay Yapak. Both lots were previously planted with corn, root crops and vegetables.

Gelito said both properties were intended to be subdivided among her mother, 10 siblings and their children.

“Will we be able to make use of it? Land is the only thing we can leave to our children and we want to preserve what our ancestors worked hard for,” she said.

Even before Boracay was closed starting April 26, disputes among multiple claimants over prized properties on the island had been erupting in violence and intensified as tourism boomed. In 2017, the island’s tourism industry earned P56 billion.

The Department of Environment and Natural Resources (DENR) has identified 842 illegal structures in forest areas and wetlands as part of its rehabilitation program. It has issued 341 notices to occupants to leave.

Other forestlands without structures but being claimed by private individuals would be delineated, said Livino Duran, the DENR’s assistant director for Western Visayas.

Boracay was virtually unknown to the world until the 1970s when mainly European backpackers started coming to the island, awed by its powdery white sand and crystal clear waters.

In “Relacion de las Islas Filipinas” (Relation of the Philippine Islands) written in 1582, Spanish chronicler Miguel de Loarca described the “Island of Buracay” as “inhabited by about one hundred Indians, who cultivate rice there and in addition derive profit from some goats.”

In a 2006 study, anthropologist Alicia Magos, a retired professor of the University of the Philippines Visayas, said members of the Ati indigenous group had been in Boracay long before the earliest Visayan migrants came and the Spanish colonial government reached the island.

The earliest non-Ati settlers included the Gelito, Sacapaño, Coching and Tirol clans, mostly from Ibajay town and other areas on the Aklan mainland.

While the settlers took possession of parts of Boracay, only about a third of the 1,032-ha island belonging to the heirs of Ciriaco Tirol Sr. has titles.

The titles were issued in 1933 before the passage of Commonwealth Act No. 141 (Public Land Act of 1936), the general law governing the classification and disposition of public lands.

The titled properties are mostly in Yapak at the northern end of the island, where the sprawling properties of Shangri-La Boracay’s Resort and Spa and Global-Estate Resorts Inc. (formerly Fil-Estate Land), a subsidiary of giant property developer Megaworld Corp., are located.

Most land claimants hold tax declarations and pay realty taxes, many for more than 30 to 50 years, as proof of possession or right over properties.

“Most residents then, including our ancestors, were not really knowledgeable on legal intricacies. They also did not see the importance of having titles or legal documents,” said Socorro Ruchanie Gelito-Gadon, whose family operates Willy’s Beach Hotel.

Efforts of private claimants to have their lands titled came to naught on Nov. 10, 1978, when then President Ferdinand Marcos issued Proclamation No. 1801, declaring 65 islands, including Boracay, tourist zones and marine reserves.

The proclamation gave the Ministry of Tourism (later Department of Tourism) control and supervision over Boracay until the passage of the Local Government Code in 1991. The code devolved most government functions to the local government.

Property owners in Boracay filed a petition for declaratory relief at the Kalibo, Aklan, Regional Trial Court (RTC), arguing that Proclamation No. 1801 prevented them from acquiring titles.

The RTC granted the petition on July 14, 1999, which was subsequently upheld by the Court of Appeals (CA) on Dec. 9, 2004. The government, however, appealed the decision in the Supreme Court.

Two years later, on May 22, 2006, then President Gloria Macapagal-Arroyo issued Proclamation No. 1064, which categorized 628.96 ha, or 60.94 percent of the island, as alienable and disposable (ownership is transferable), and the rest as forestland and protected areas.

It was the first time that land on Boracay was classified, a requisite for titling.

Under present land ownership laws, claimants of public lands will have to wait for 30 years after the land is declared alienable and disposable before they can apply for titles.

Property claimants questioned the proclamation in the Supreme Court.

In a unanimous ruling on Oct. 8, 2008, the high court upheld Proclamation No. 1064 declaring the entire island a property of the state, except those with titles.

The decision also reversed the Kalibo RTC and CA rulings on the petition for declaratory relief on the grounds that Proclamation No. 1801 did not categorize lands in Boracay as alienable and disposable.

Boracay residents and property owners have questioned the classification of areas as forestland, citing commercial development and residential structures in these areas.

In its decision, the high court said: “As a premier tourist destination for local and foreign tourists, Boracay appears more of a commercial island resort, rather than a forestland.” 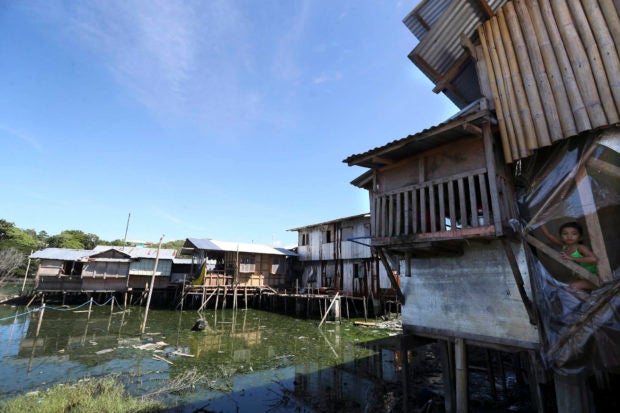 WETLAND SHANTIES Informal settlers have built their dwellings on a reclaimed area in Boracay’s Barangay Balabag, which is part of the island’s wetlands.–PHOTOSBY LYN RILLON

But the tribunal said the categorization denoted the legal status of lands and not a descriptive one.

“Even if its forest cover has been replaced by beach resorts, restaurants and other commercial establishments, it has not been automatically converted from public forest to alienable agricultural land,” it said.

The Supreme Court said those occupying and possessing land in Boracay categorized as agricultural and alienable could still seek remedies to acquire titles. “Lack of title does not necessarily mean lack of right to possess,” it said.

Congress may pass a law to exempt property claimants from certain requirements of existing land laws to allow them to have their properties titled, the court said.

Since 2008, at least six bills have been filed in Congress to allow the grant of free patents to those who have been occupying land in Boracay for at least 30 years. The period includes occupancy by previous land occupants of the land being titled.

In 2008, then Aklan Rep. Florencio Miraflores, who is now governor of the province, filed a bill that was passed by the House of Representatives but not enacted into law.

Miraflores refiled the bill in 2011, but the measure failed anew to become law after it was transmitted to the Senate.

On Jan. 31 this year, Magdalo Rep. Gary Alejano filed a similar bill, while Marquez filed on March 20 a measure to reclassify several pieces of land in Barangay Manoc-Manoc from forestland to alienable and disposable land. Both measures are pending in the House.

Under the Comprehensive Land Use Plan of the town of Malay, the three barangays of Boracay are classified as both commercial and residential except areas delineated as forestlands and those for institutional use.

Amid the uncertain future of their properties and investments, residents and claimants are hoping that the government will act judiciously on the land ownership issue.

“We did not steal these lands. We inherited them from our grandparents and parents,” Gelito said.