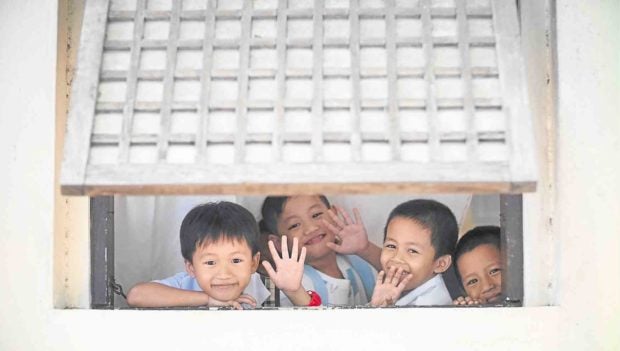 FIRST DAY HIGH Grade 1 pupils at Albay Central School in Legazpi City relish their first day of classes as they look for their parents at the school grounds. —MARK ALVIC ESPLANA

As expected, enrollment dropped on Boracay Island this school year, after the closure of the resort island in Aklan province to tourists cost residents jobs and livelihood.

The island’s three elementary schools took in 3,882 students this year, down from the 4,643 who attended classes last year, according to Jessie Flores, Department of Education (DepEd) Malay district supervisor.

Many workers had left the island since the start of its six-month closure for rehabilitation on April 26.

Many residents said they were transferring their children to the Aklan mainland because of the economic difficulties on the island.

Enrollment figures usually increase an average of 20 percent yearly, according to Flores.

Except for the cities of Bacolod and Iloilo, classroom sizes had been kept to 40 to 50 students, he said.

In Tacloban City, families had transferred to the northern part of the city after their houses were destroyed by supertyphoon “Yolanda.”

At San Fernando Central School (SFCS), enrollment was expected to drop by 70 percent, according to school principal, Filitia Waniwan.

SFCS is one of the biggest elementary schools in the city, which served 1,504 students last year. On Monday, 1,122 students attended classes. 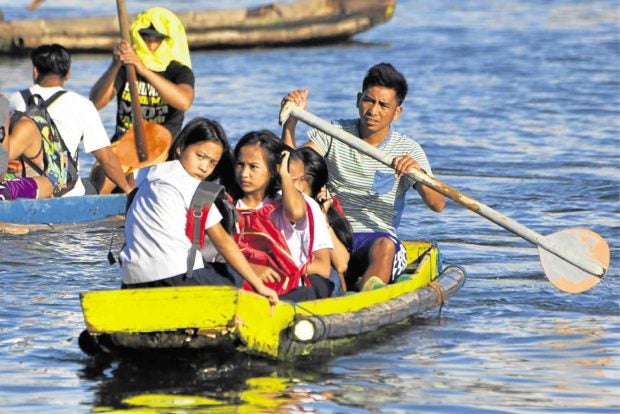 SCHOOL SERVICE Students from island villages of Dagupan City use a banca to cross Calmay River so they can attend classes on the mainland. —WILLIE LOMIBAO

The city schools division reported that about 3,000
students were expected to enroll in schools in towns where they resettled after Yolanda’s onslaught.

The DepEd said it would need 4,100 teachers to fill up vacancies for the new school year in Eastern Visayas.

In Mindanao, pupils at the Dumagoc Elementary School in Pagadian City attended classes in shifts on Monday as nine of its 15 classrooms were gutted by a fire on May 16.

Edmar Samson, school principal, asked the DepEd to allow pupils to borrow chairs from nearby schools. He also asked for donations to buy school supplies and additional chairs.

At Tiguma Elementary School, the repair of nine classrooms was scheduled to be completed in August so teachers had to merge some classes, according to principal Jessevic Boloron.

In Southern Luzon, some of the 1.7 million students who trooped to elementary and high schools in Bicol region did not have enough classrooms and facilities.

About 200 students of Ligao National High School started classes at the gymnasium, occupying every space, including the stage, as a school building inside the campus was still being built. 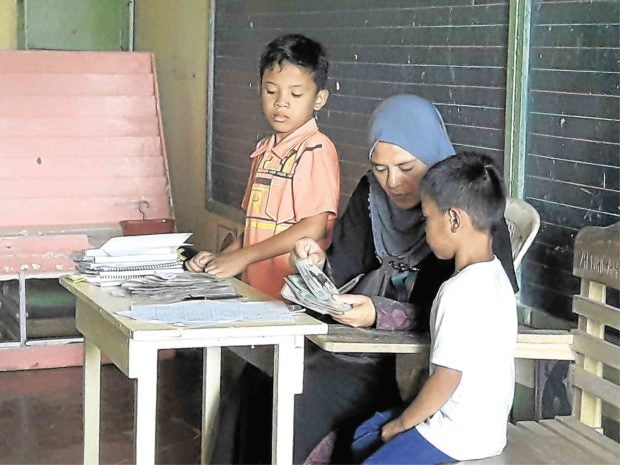 Some schools in Bicol also reported chair shortages, due to an increase in students, said Mayflor Marie Jumamil, spokesperson for the DepEd Bicol office.

In Ilocos Norte province, schools opened for more than 85,000 students, with isolated cases of overcrowding and classrooms still being repaired.

In public high schools, a classroom accommodated 32 students, while a teacher handled 26 students.