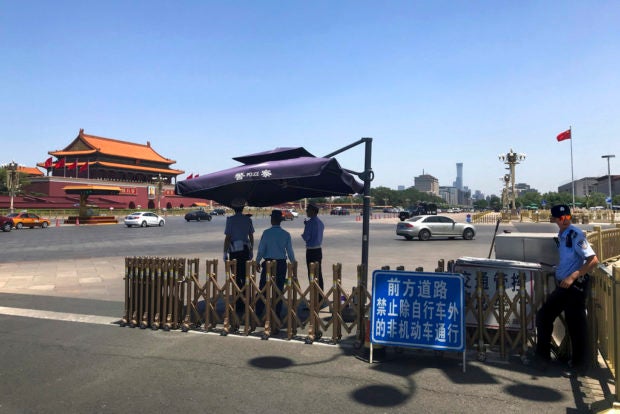 BEIJING  — US Secretary of State Mike Pompeo has urged China to disclose the details of people killed, detained or missing during the Chinese military’s crackdown on pro-democracy protesters centered on Beijing’s Tiananmen Square 29 years ago.

Pompeo marked Monday’s anniversary of the suppression of demonstrations on June 4, 1989, saying: “We remember the tragic loss of innocent lives.”

“We join others in the international community in urging the Chinese government to make a full public accounting of those killed, detained or missing,” Pompeo’s statement said.

He cited the Chinese dissident Liu Xiaobo, who wrote in his 2010 Nobel Peace Prize speech, delivered in absentia: “the ghosts of June 4th have not yet been laid to rest.” Liu last year became only the second Nobel Peace Prize winner to die in police custody.

Pompeo’s statement also called on Chinese authorities to release those who have been jailed for their efforts to keep alive the memory of the crackdown and to stop harassing the protest’s participants and their families.

Hundreds, if not thousands, of unarmed protesters and onlookers were killed late on June 3 and the early hours of June 4, 1989, after China’s Communist leaders ordered the military to retake Tiananmen Square from the student-led demonstrators.

The topic remains taboo in mainland China and any form of commemoration, whether public or private, is banned. In Hong Kong, tens of thousands of people gather every year in Victoria Park on the evening of June 4 to remember the victims in the only large-scale public commemoration held on Chinese soil. /ee