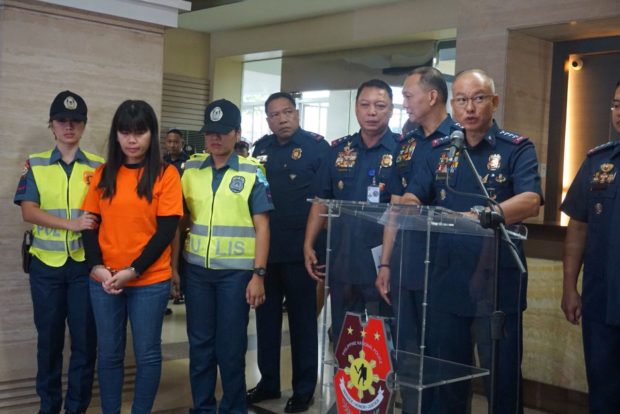 Luansing, who resigned as provincial board member of Misamis Occidental in January, was arrested for the same charges filed against Parojinog: illegal possession of firearms and explosives and violation of Section 3 of the Comprehensive Dangerous Drug Act, both with no bail recommended.

Albayalde, however, said the police have yet to establish her role in the illegal drug trade network of the Parojinogs.

It was still unclear if Luansing was with Parojinog when the councilor fled to Manila from Ozamiz City last year after the bloody raid that killed his older brother, the Ozamiz City Mayor Reynaldo Parojinog Sr.

Albayalde said Luansing and the younger Parojinog have two kids. He also said police are now coordinating with the Department of Social Welfare and Development for the appropriate custody of the children.

Luansing was arrested barely two weeks after Parojinog was captured in Taiwan, as he tried to enter the country using illegal documents.

Authorities have yet to talk to Parojinog, which remains in detention at Taiwan’s prosecutor’s office.

(As of this time, he’s still detained at the prosecutor’s office and visitors are not allowed so we cannot go there. I think if they talk and cooperate with law enforcers, we will know how they were able to flee the country and who coddled them.)