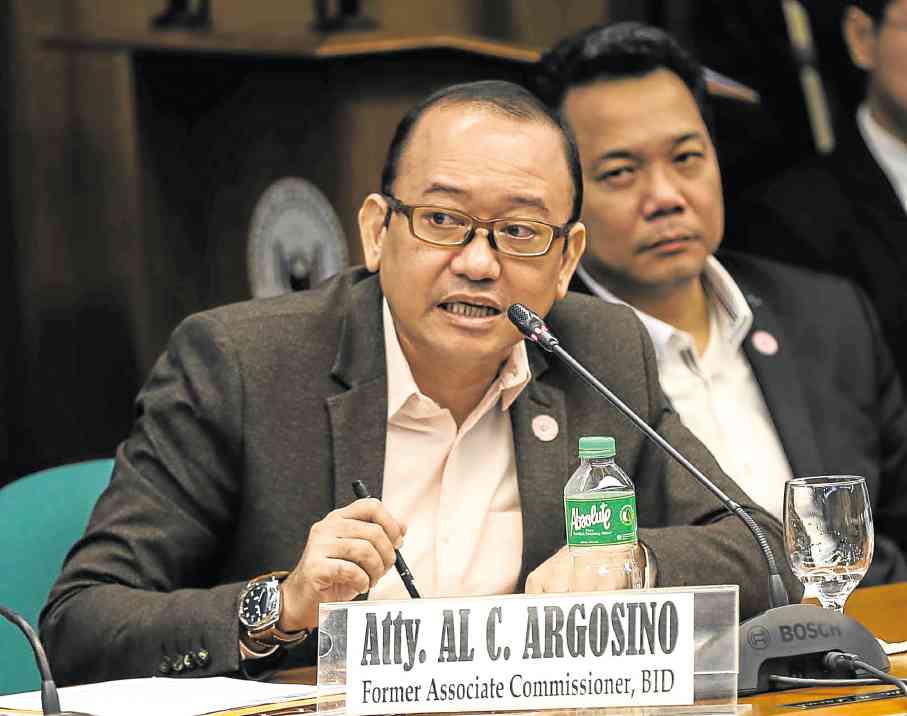 Former Bureau of Immigration deputy commissioner Al Argosino will remain in jail for now, as the Sandiganbayan will proceed with the trial of his plunder case in connection with the receipt of a P50-million payoff from gaming tycoon Jack Lam in 2016.

In a 13-page resolution dated May 29, the court’s Sixth Division said the information filed by Ombudsman prosecutors was able to state a “series of overt acts” required for a plunder case to head to a full-blown trial.

Argosino had questioned the validity of the charge sheet, claiming it only alleged “one criminal act of receiving and collecting a sum of money,” and not a “series” as required by Republic Act No. 7080.

However, the court noted that Argosino and his coaccused, deputy commissioner Michael Robles, were accused of receiving the P50-million payoff in two installments.

“Each instance of receiving or collecting a sum of money constitutes a separate act. Hence, the Information in the case at bar alleges the commission of acts in series,” read the resolution penned by Associate Justice Sarah Jane T. Fernandez.

Argosino argued that there was only one act because he was also indicted only for one count of direct bribery.

But, the court said the series of acts did not need to be criminal in nature, because the plunder law only required that the official be accused of committing a series of “overt or criminal acts.”

An overt act—which may not be necessarily criminal—is defined as “some physical activity or deed, indicating the intention to commit a particular crime.”

Argosino also argued that the case did not meet the P50-million threshold for the crime of plunder because he and Robles only had custody of P29.999 million.

Argosino also claimed he and Robles possessed the money for the purpose of gathering evidence against Lam and their turnover of the money to the Department of Justice in December 2016 negated their intention to acquire ill-gotten wealth.

However, the court found these arguments to be matters of defense that were best threshed out in a full-blown trial.

Associate Justices Karl B. Miranda and Zaldy V. Trespeses concurred in the resolution.

Among the three plunder defendants, only Argosino’s motion to quash has been resolved so far.

The charges arose from the BI officials’ alleged demand for a P50-million payoff from Lam in November 2016, in exchange for the release of his 1,316 Chinese workers who were detained for lacking the proper visas.

Last April, the Sandiganbayan ordered the detention of Argosino and Robles as well as Sombero at Camp Bagong Diwa in Taguig City, while they face the nonbailable plunder charges.

The three were also indicted for one count each of graft, direct bribery and violation of Presidential Decree No. 46, which prohibits public officials from receiving gifts from private persons. Argosino and Robles pleaded not guilty during their arraignment for the non-plunder cases on May 25.

Lam, meanwhile, was charged with one count of violating PD 46.