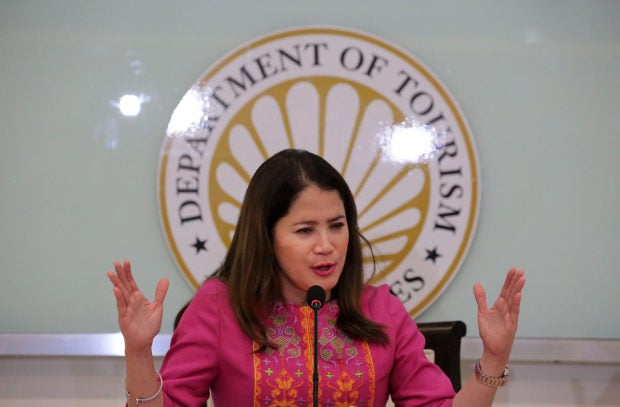 BEAUTIFUL START Tourism Secretary Bernadette Romulo-Puyat talks about the mission that President Duterte gave her at the DOT—rid the department of corruption. —INQUIRER FILE PHOTO

The media company owned by a brother of resigned Tourism Secretary Wanda Tulfo-Teo, Ben, has not made good on its lawyer’s promise to return the P60 million paid by the Department of Tourism (DOT) for advertisements in Ben’s show in the government channel PTV 4, according to Tourism Secretary Bernadette Romulo-Puyat.

Teo quit the top DOT post after the Commission on Audit raised a red flag over the payment made by the DOT for advertisements at PTV 4, which landed on Ben’s program. Teo said she did not know that the ads would be used for her brother’s show.

Speaking to reporters after she breezed through her confirmation, Puyat said Ben’s company, Bitag Media Unlimited Inc., had not returned the money that his lawyer, Ferdinand Topacio, said the company would do so on May 7.

“It has not been returned,” Puyat said.

Ramon Tulfo, the eldest of the Tulfo brothers, said in a column that Topacio was not speaking on behalf of the Tulfos when Topacio promised that Ben would return the money.

Asked if she had followed up on the return of the funds, Puyat replied: “Well, they said they would. But I will check again. They might have returned it today (Tuesday, May 29).”

Teo, Puyat’s predecessor, was forced to resign over the controversial payment by the DOT of P60 million for advertisements in “Kilos Pronto (Fast Action),” a public service show produced by Bitag Media and hosted by Ben and another Tulfo, Erwin.

On May 8, Puyat was designated by President Duterte as replacement of Teo.

During her confirmation hearing by the committee on tourism and economic development of the Commission on Appointments, there were no questions asked of Puyat.