The Senate and the House of Representatives on Tuesday afternoon both received the certification as urgent of their respective versions of the Bangsamoro Basic Law (BBL).

President Rodrigo Duterte earlier certified House Bill 6475 and Senate Bill 1717 as urgent as a “manifestation of the government to address the diverse needs of the people in the Bangsamoro, and all communities and constituents of Mindanao, towards a just and lasting peace in Mindanao and in the Philippines as a whole.” 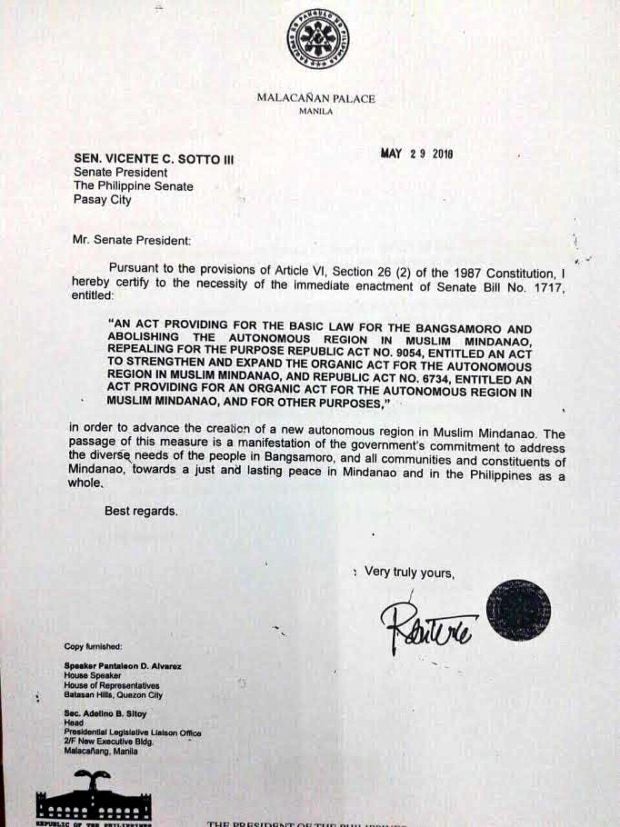 Presidential Spokesperson Harry Roque said the President Duterte would sign the BBL once both chambers of Congress have reconciled and finalized their versions of BBL at their bicameral conference committee during the break.

Both bills seeks to abolish the current Autonomous Region in Muslim Mindanao (ARMM). 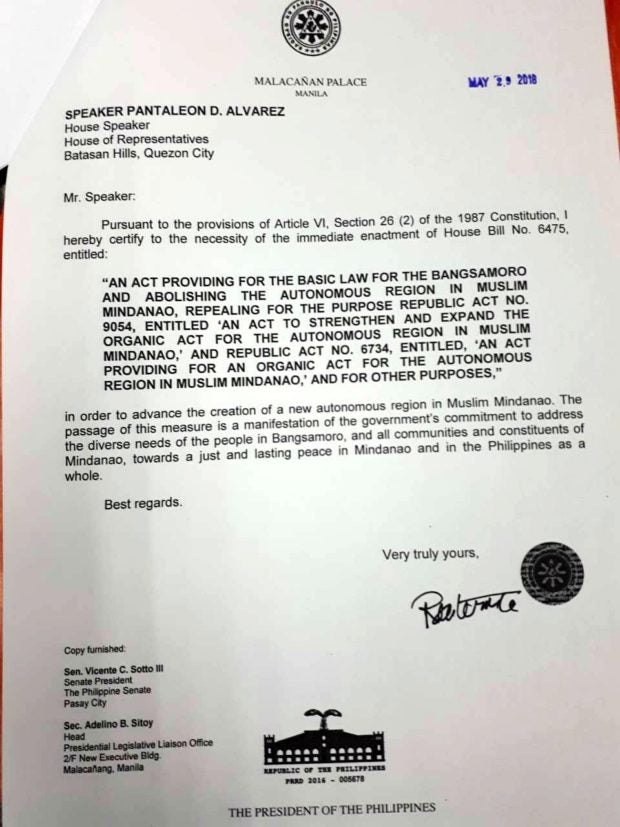