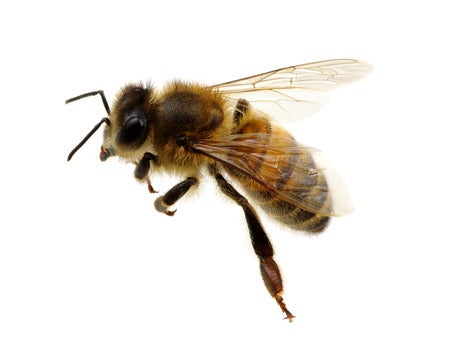 A car transporting hundreds of bees in boxes was involved in a full-on collision last Saturday, May 26 in England.

Three men were in a Ford station wagon when the bees got loose and stung the driver, according to a report by the Berkshire Eagle.

The vehicle hit a Chevrolet sedan which carried a man, a woman and a four-year-old child. No one had any serious injuries, said Lanesborough Fire Chief Charlie Durfee.

Police and rescuers arrived before 2 p.m. to find that both cars had sustained heavy front-end damage. Hundreds of bees were buzzing at the scene and stung a number of people, including Sgt. Brad Lepicier, who revealed he was stung thrice. The bee stings did not require medical treatment, Lepicier said.

The bees still swarmed the area as the debris from the crash was being cleared. One of the station wagon’s passengers, a beekeeper in protective gear, refused to be brought to the hospital. Instead, he stayed in the area to gather the bees back in the boxes. The report stated that the man declined to identify himself nor comment on the incident. Niña V. Guno/JB