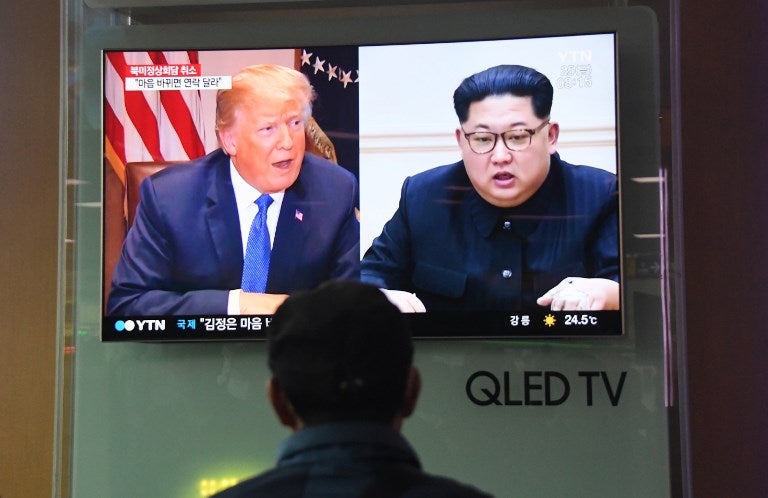 US President Donald Trump said Saturday that things are moving “very nicely” towards a summit on June 12 in Singapore with North Korean leader Kim Jong Un.

“It’s moving along very nicely,” Trump said at the White House during a meeting with a US prisoner freed by Venezuela.

“We’re looking at June 12 in Singapore. It hasn’t changed.”

Trump rattled the region on Thursday by cancelling his June 12 meeting with Kim in the Southeast Asian city-state, citing “open hostility” from Pyongyang.

But within 24 hours he reversed course, saying it could still go ahead after productive talks were held with North Korean officials.

“There are meetings going on as we speak,” Trump said. “I think there’s a lot of goodwill.”

His comments came after North Korea said Kim was “fixed” on holding the summit with Trump, raising hopes the historic meeting might still take place after a turbulent few days of diplomatic brinkmanship.

The latest conciliatory declaration from Pyongyang came as the White House confirmed it was sending a team to Singapore to prepare for the talks — a further signal that both sides were moving to cool tensions following a rollercoaster few days on the Korean Peninsula. /je