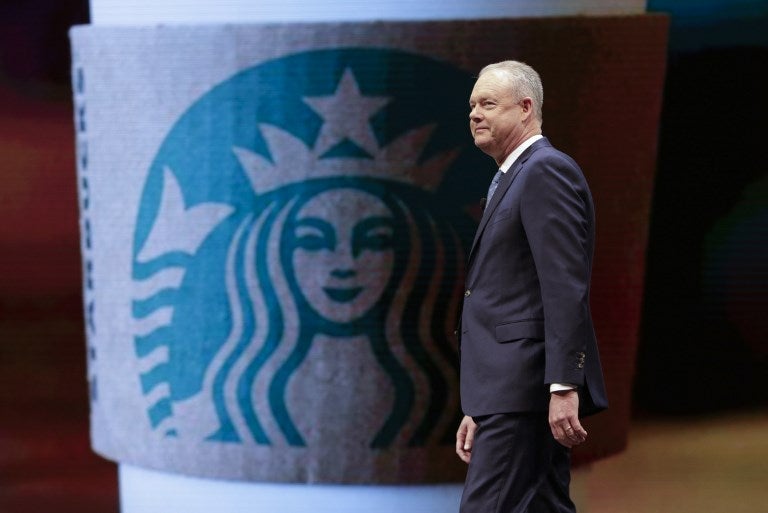 Can you teach employees not to be racist? Coffee giant Starbucks will shut stores around the United States on Tuesday to conduct an unprecedented training exercise at its more than 8,000 American outlets.

The initiative, which is expected to last four hours and reach 175,000 employees, was announced by Starbucks management on April 17, as it sought to contain outrage over the arrest of two young black men at one of its cafes in Philadelphia.

The incident five days earlier sparked outrage, protests and anguished soul-searching about America’s lingering problems of discrimination and racial tensions that have deteriorated under the presidency of Donald Trump.

After the two black men arrived at the Starbucks one of them asked to use the bathroom but was told it was for paying customers only. The pair then sat down to wait for a third person before ordering drinks.

A video that went viral showed uniformed officers questioning then handcuffing the two men, who put up no resistance, while a white client repeatedly asks an officer, “What’d they do? What’d they do?”

“Whether in stores, on trains, implicit or explicit bias, you see it all the time,” says James Bell, 47, a counsellor in a mostly black school in Brooklyn and a Starbucks customer.

“As a black male, you have workers in the stores excessively asking, ‘Do you need anything, may I help you?'” he tells AFP. “You see a young black man and you immediately think crime.”

Bell points to other recent examples of discrimination broadcast on social networks, such a student calling the police in May when a black graduate student at Yale University fell asleep in a common room.

Then there are instances of police brutality toward, and killings of, black male suspects, also often captured by witnesses armed with smartphones, that in recent years have spawned protests.

Given the context, Bell isn’t convinced that the Starbucks initiative will change much, but says it’s “good they are trying.” “At least they make the effort,” he said.

Like him, there has been a cautious welcome from black officials and activists, who are nonetheless waiting to see what happens and whether anything actually changes as a result.

“I do think this is historic,” Sherrilyn Ifill, president of the NAACP Legal Defense and Educational Fund, America’s first civil and human rights law firm, has said.

“I don’t know of another company as ubiquitous as Starbucks… that has stated their willingness to directly confront racism and bias within their own company.”

In taking responsibility, she said, Starbucks has “created an important window for retail corporations in America to begin to honestly and forthrightly tackle racial inequality.”

Ifill is one of those from whom Starbucks sought advice in drawing up the curriculum. As with the others, it was conditional assistance.

“We’ve made it clear that we won’t be a rubber stamp to validate their programming if we don’t believe it’s not effectively delivering,” said Heather McGhee, president of Demos, a public policy organization that works to reduce political and economic inequality.

“We are going to be issuing a report later on at the beginning part of this summer about a more comprehensive set of items that we think they need to address to really lead on this issue,” she said.

Starbucks seems to have heeded concerns.

“May 29 isn’t a solution, it’s a first step,” says the company on its website.

“This first training will focus on understanding racial bias and the history of public accommodations in the United States, with future trainings addressing all aspects of bias and experiences,” it added.

So what will employees actually be taught on Tuesday? Starbucks has refused to grant media access to the training sessions, but has released a short video ahead of time.

They are due to watch a film from documentary maker Stanley Nelson on the history of African Americans, and discuss in small groups their experience of racial discrimination.

There will also be taped addresses from Howard Schultz and Kevin Johnson, the chairman and CEO of Starbucks respectively.

Sharon Rush, a law professor and expert in race relations at the University of Florida, is another of those who is uncertain — even if she applauds Starbuck’s initiative.

She hopes that the coffee behemoth will set an example and encourage other companies to step up training on racial discrimination, as is currently the case on sexual harassment.

“If other companies say ‘I should be doing this,’ that would be a real positive outcome,” she says.