Island known for surfing sees spike in tourist arrivals due to Boracay closure
By: Erwin M. Mascariñas - @inquirerdotnet
Philippine Daily Inquirer / 05:18 AM May 26, 2018 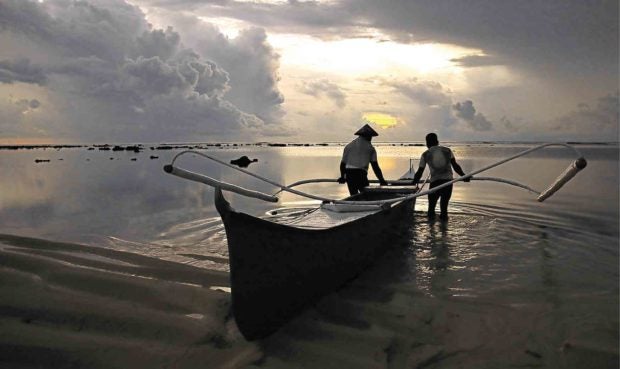 SIARGAO—Some say this island in the province of Surigao del Norte is rising in popularity partly because of the 2017 movie “Siargao” and the closure of Boracay.

Tell that to those who had actually visited Siargao and seen its shores and waters.

Although numbers could not possibly describe the experience of being in Siargao, known as the country’s surfing capital, they would confirm that tourism in the island was booming.

Last Holy Week alone (March 26-April 1), the town of General Luna hosted 12,562 tourists based on records from resorts and inns.

The figure does not include tourists who stayed in tents and those who shared rooms with residents and friends.

General Luna’s share of tourists rose to 90 percent of the total number of tourists visiting Siargao.

Ma. Ana Nuguid, head of the Department of Tourism in the Caraga region, acknowledged the sudden increase of tourist arrivals.

She said the closure of Boracay was part of the reason.

She pointed to bookings in hotels and resorts as evidence of the spike in tourism.

“Most of the big hotels and resorts are already fully booked until the end of the year,” Nuguid said.

From January to June last year, at least 55,735 local and foreign tourists came to Siargao, according to official records.

National and international surfing competitions were expected to drive the number up this year.

General Luna is now teeming with visitors but the same is true also of other towns like Dapa and Del Carmen, which host a ferry port and a domestic airport.

It is not difficult to see why tourists were coming in droves.

On the northern part of the island lies Pacifico Beach, popular among surfers and so named because it faced the Pacific Ocean.

Some 32 kilometers from the port in Dapa, Pacifico looks a lot like Boracay—white sand, clear blue-greenish waters.

The coastline stretches for several kilometers.

Summer would be the best time to view sunsets in Pacifico, a daily show of a fiery orange ball slowly disappearing into darkness.

On the southern side, the sunset offers a softer orange hue beckoning to the romantic to just sit on the shore and watch.

Pacifico is known to be a good surf site, too, where locals offer surfing lessons.

Compared to General Luna, however, Pacifico is less crowded probably because waves in the beach were not as consistent as those in General Luna.

Pacifico has at least 15 small local resorts or inns offering rooms for as low as P800 to as high as P2,500 per night.

There’s no shortage of eateries for the food lover. Some are owned by foreigners and offer higher prices.

Backpack tourists could just put up a tent or tie a hammock and let the ocean breeze take control.