Duterte will not be in Marawi for 1st anniversary of siege, says Go | Inquirer News
Close
menu
search

Duterte will not be in Marawi for 1st anniversary of siege, says Go 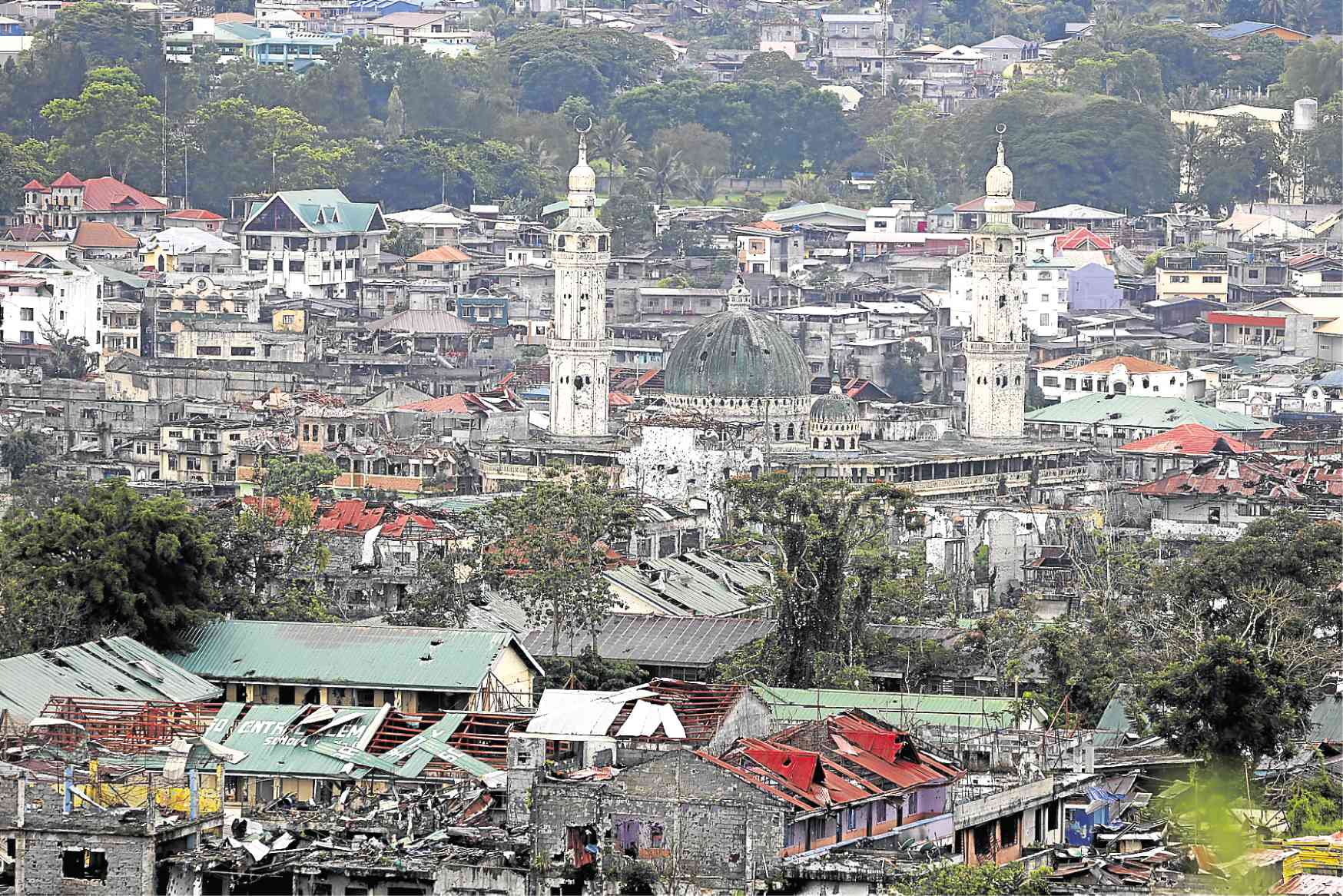 MARAWI RISING The government says efforts to bring back normalcy to Marawi are ongoing as the Lanao del Sur provincial capital marks the first year when the Maute terror group laid siege to the city. JEOFFREY MAITEM

President Rodrigo Duterte will not be visiting Marawi to commemorate the first anniversary of the city’s siege by Islamic State (IS)-inspired Maute fighters, his top aide said Wednesday.

Special Assistant to the President Christopher Lawrence “Bong” Go said the President would rather attend the first anniversary of Malawi City’s liberation from extremist forces in October.

The development came as Presidential Spokesperson Harry Roque on Tuesday said President Duterte may visit the ruined city but did not confirm citing security considerations.

On May 23 last year, a fight erupted between government forces and IS-inspired Maute fighters, who tried to take over Marawi City. The encounter between the Maute fighters and security forces later erupted into a five-month long clash which reduced the city into ruins. /muf