ILOILO CITY – The Semirara Mining Power Corp. (SMPC) refuted reports that a slippage or collapse in the walls of its its mining pit caused the death of a worker Sunday evening on Semirara Island in Antique.

In a company statement released by Angeline Gardon, SMPC administrative officer, the company said safety aide Lpath Felipe died after he “accidentally slipped and fell onto one of the benches of Molave pit while conducting a routine walk-around inspection in the area.”

A bench is a narrow strip of land created along the walls of an open-pit mine to help support the walls and for easier access.

It said there was no “bar down” (not bog down as earlier reported) on any portion of the Molave pit.

“Bar down” is a local term of mining workers in SMPC to signify parts of the walls of a mining pit have collapsed or slid.

“At the day of the accident, no slides or earth movement were registered or monitored that might have caused the accidental slip of Mr. Felipe,” SMPC said in its statement. 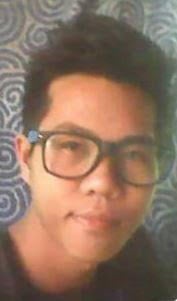 Felipe, 24, was recovered from the accident site at 8:15 p.m. before he was and brought to the SMPC hospital but was declared by physicians dead on arrival at 8:35 pm.

The company said it is conducting a detailed investigation to determine the cause the accident.

Gardon said there was no visible wounds and injuries on Felipe’s body, but she said he fell on a bench – which is similar to a canal – with water.

Aside from the standard insurance of all employees, the company will provide burial and financial assistance Felipe’s family.

“We have notified the Department of Energy of this unfortunate incident. We have also met with the parents of Mr. Felipe to offer our condolences and support during this difficult time,” the company said in its statement.

It said its employees started undergoing safety refresher/retraining courses “to remind them of our safety protocols.”

The mining operations on Semirara Island was hit by fatal accidents a few years ago.

On July 17, 2015, nine SMPC workers died after excavated soil and part of the northern Panian open mine pit collapsed burying the workers and heavy equipment.

Two years earlier on Feb. 13, 2013, five workers died and five others remain missing and presumed dead following the collapse of the western wall of the Panian pit.

Government agencies have cleared the SMPC of liabilities in the two previous accidents but have directed the company to institute additional safety measures.

The mining firm has been operating one of the biggest coal mines in Asia on Semirara Island since 1999 after it took over the then government-owned Semirara Coal Corp. (SCC). The company employs about 4,000 workers.

At least 96 percent of locally produced coal is supplied by SMPC. /atm