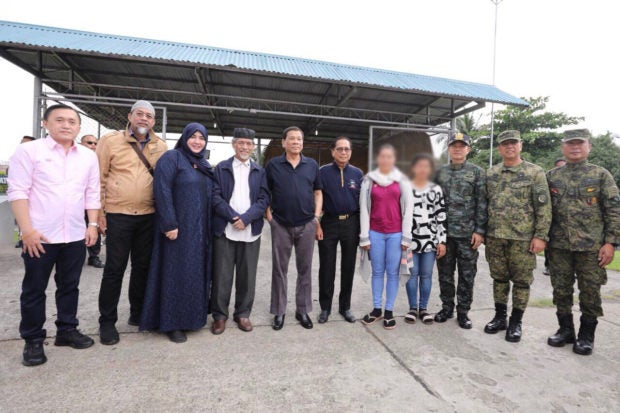 DAVAO CITY – President Rodrigo Duterte on Saturday formally received the two female police officers who were separately freed this week in Sulu from emissaries who worked for their release.

The media was not allowed to cover the event.

The two police officers, PO2 Benierose Alvarez and PO1 Dinah Gumahad, along with two others, were taken by Abu Sayyaf bandits in Patikul town on April 29.

The two police officers were to visit their soldier-boyfriends when snatched. The bandit group demanded P5 million for each victim.

No ransom had reportedly been paid. /atm