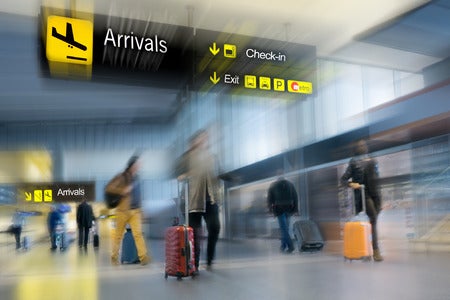 A middle-aged Chinese woman was found swearing at an airline staff in Zhongchuan Lanzhou Airport in Gansu province after she missed her flight.

The woman, who happens to be a university professor, arrived late, but told the employees she should be allowed to board the flight since she was an academic.

The footage of the professor threatening the airline staff circulated on the video news platform PearVideo yesterday, May 16, as per the South China Morning Post (SCMP) the same day. Many of the users of the PearVideo platform recognized the woman as a professor at the Northwest Normal University. The university, however, hasn’t confirmed her identity thus far.

In the video, the professor could be seen chasing a young woman wearing a uniform of China Eastern Airlines. The professor could be heard saying, “I said my students were all majoring in civil aviation services… I’m a university professor. What did you say to me? You say that again and I will slap you in the face. Do you believe it or not?”

A police officer and another ground staff came to their aid and tried to intervene. The young woman from China Eastern Airlines explained that the professor cursed at her. “You were late. You insisted in asking me to getting you aboard,” the young woman was quoted as saying, with the professor only responding with more profanities.

Meanwhile, staff at the police bureau of the airport shared that the professor herself “was being unreasonable.”

“Our police officer didn’t know exactly what they said before he arrived… but the issue is that the plane’s boarding time was over at that point. You know when boarding closes they can’t get aboard, whether she’s a professor or not,” the official told ThePaper.cn via SCMP.

The intense tiff, however, cooled down in its own good time, with the two eventually apologizing to each other. It was noted that the police won’t be taking any further action. Cody Cepeda/JB