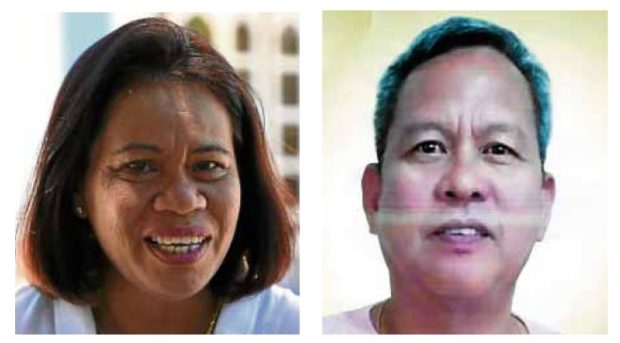 CEBU CITY — A suspended parish priest, who had carried on a relationship with a local woman, is considering returning to full-time Church ministry following his failed bid for reelection as village chief of Kawit in Cebu’s sugar-growing town of Medellin.

“The voice of the people is the voice of God. No questions asked. No hurt feelings. This must be God’s will,” said Fr. Oscar Banzon, 68.

The priest-turned-barangay chairman said he would have to spend the coming days reflecting on what move to make next after he lost his position as parish priest of St. Ignatius of Loyola Parish and his defeat in Monday’s polls.

“I need to think. I have to reflect. Perhaps, I’ll have to return to the active ministry when death closes in,” Banzon told the Inquirer. “I am a priest forever, and so I will die a priest.”

Charito Arreglado, 53, one of the members of the St. Ignatius Centennial Choir, said she didn’t expect to defeat Banzon, especially not by an overwhelming margin of 919 votes.

Banzon won against her in the 2013 barangay elections by only 79 votes.

“I believe the controversy that he’s dealing with paved the way for his defeat,” Arreglado said.

Cebu Archbishop Jose Palma suspended Banzon from the priesthood after he ran and won as barangay captain of  Kawit, the biggest village in the sugarcane-producing town of Medellin, about 115 kilometers north of Cebu City.

The priest had openly admitted that he was in a relationship with a councilwoman from Kawit, but they eventually broke up. He gave no other details of their romantic ties.

Banzon later courted another woman, but he said she “stopped talking” to him after his poll defeat.

“I think she only gave me attention because of my position as barangay captain,” Banzon told the Inquirer.

He said he was apprehensive about returning to active ministry and was embarrassed for twice refusing to heed Palma’s advice not to run in 2013.

“I made a mistake when I went into politics. I feel ashamed that I defied Palma,” Banzon said.

Although he rejected Palma’s advice, Banzon said he did not mean to disrespect the prelate.

“I’ve always considered him my father. I disobeyed him. I committed a mistake. And you know that when one commits a mistake, you’ll have apprehensions about reaching out to the person,” he explained.

Msgr. Joseph Tan, spokesperson for the Archdiocese of Cebu, advised Banzon to seriously think about his next step after his poll defeat.

“Any decision for him to return to the active ministry requires a formal intent addressed to the archbishop of Cebu. At the same time, this is an invitation for him to have soul-searching and to pray over his decision,” he told the Inquirer. —WITH A REPORT FROM NESTLE SEMILLA