Reports of violence trickle in as polls close 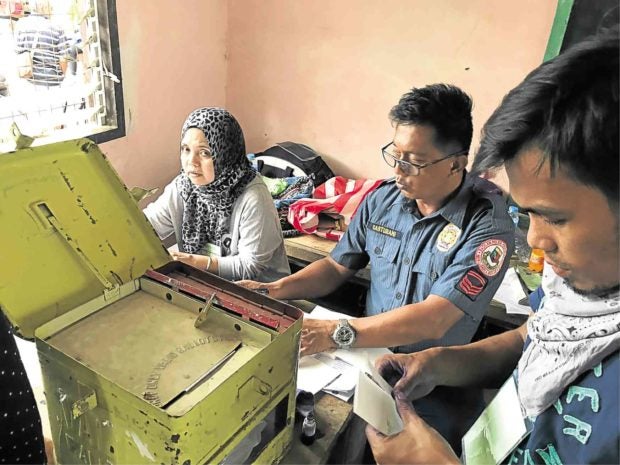 COP ON DUTY A policeman helps a teacher supervise the elections at a precinct in Ungkaya Pukan town, Basilan. JULIE ALIPALA

The barangay and Sangguniang Kabataan elections may have been successfully conducted on Monday, with more than 92,000 candidates already proclaimed winners nationwide, but incidents of violence continued to be reported, especially in the Autonomous Region in Muslim Mindanao (ARMM).

These raised to 57 the nationwide number of presumed election-related violent incidents throughout the election period. Of this number, 38 involved gun attacks. The number of fatalities remained at 35, with the number of wounded reaching 36.

Albayalde said in most of these incidents, suspects were members of private armed groups controlled by local politicians.

He said police officers deployed to secure polling centers would remain in their posts until the return of election materials.

In Cagayan province, the police chief of Solana town survived a gun attack at Barangay Gadu on Tuesday morning.

Gunmen attacked the police team, led by Senior Insp. Renz Baloran, that was patrolling the village and securing ballot boxes being readied for transport to the town hall.