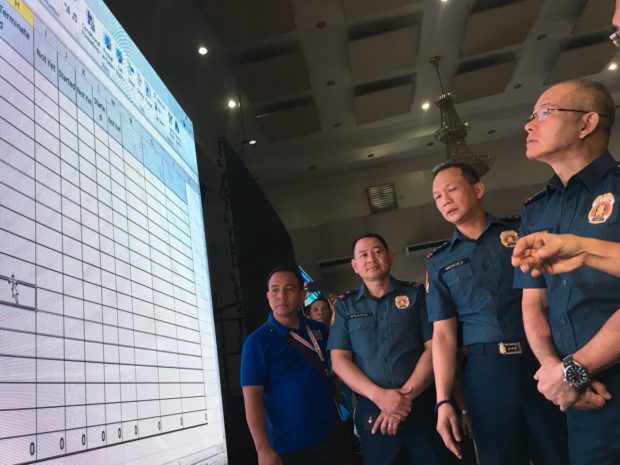 Several election-related incidents were noted on Monday in various polling places in Visayas and Mindanao, causing disruptions in the conduct of barangay and Sangguniang Kabataan elections.

In Cebu City, the counting of ballots in Inayawan Elementary School was temporarily suspended for over 40 minutes due to power interruption.

The ballot counting resumed 45 minutes later after the power was restored.

“We immediately asked personnel from Veco (Visayan Electrical Company) to resume the power supply in Inayawan Elementary School. But our teachers are equipped with emergency tools such as flashlights in case of brownouts,” Gujilde said.

In Paglat, Maguindanao, Moro rebels were being blamed for an explosion that took place near a voting center in Barangay Damakling on Monday. The explosion happened as voting was about to close.

“Nobody was hurt but the explosion of an M-203 grenade at about 2:30 p.m. scared the voters in the polling center in Barangay Damakling,” Cabunoc said.

Cabunoc said the explosive landed about 50 meters away from the forward security post of soldiers at the back of the Damakling Elementary School.

He said charges will be filed against Commander Talusan.

In Davao City, the manual counting being conducted in the four provinces and Compostela Valley had been smooth so far, Southern Mindanao poll chief Michael Abas said.

“There is a smooth flow of the manual counting,” Abas said, who also announced that no major incident took place in Southern Mindanao during the voting.

Some areas of the region, such as Barangay Catalunan Grande here, had clear winners even before the balloting started.

In Digos City, several candidates appeared to have trashed their rivals in unofficial results but the Commission on Elections (Comelec) said its official announcement would be the basis for the proclamation of winners and not unofficial figures. /jpv