Elderly man with disability fails to vote in Bulacan 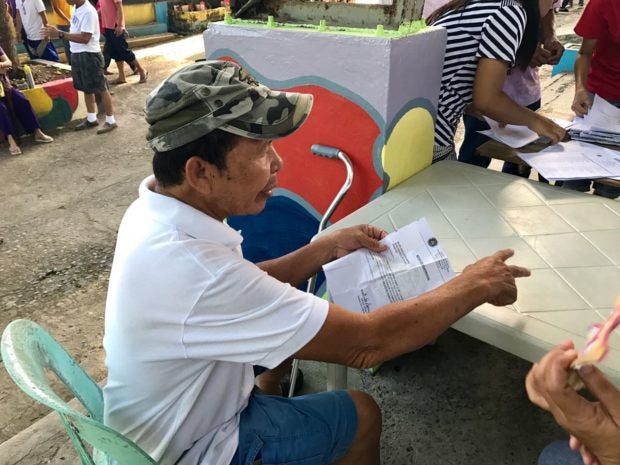 A 62-year-old person with a disability  failed to cast his vote for the barangay elections on Monday as he could not find his voting precinct in San Jose del Monte City in Bulacan.

Florante Roco, now a resident of Barangay Greater Lagro, Quezon City, said he received a letter from the Commission on Elections (Comelec) last January 8 informing him that his registration in the city was rejected because he has an existing valid registration at San Jose del Monte.

Expecting to exercise his right of suffrage, Roco traveled back to San Jose del Monte only to find out that his name was not on the list of eligible voters at his precinct. 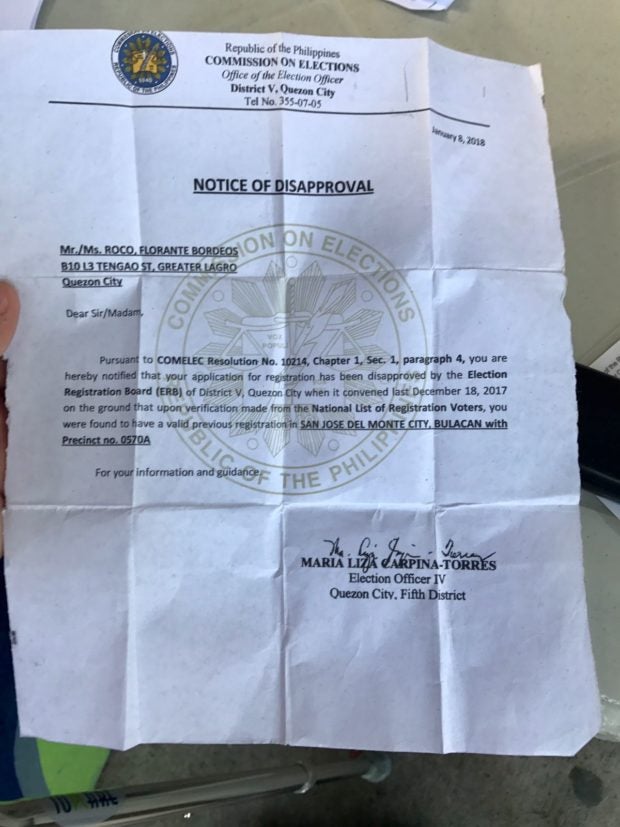 PWD Florante Roco shows the letter which the Comelec sent him informing him that he was still an active voter in San Jose del Monte in Bulacan. INQUIRER.NET / PATHRICIA ROXAS

(I suffered a stroke six years ago. I wasn’t able to vote during Noynoy Aquino’s time.)

Even though he had a hard time speaking, he lamented this incident and said that he would just transfer his registration to Quezon City.

(I’ll just transfer it to Quezon City. Such a waste but that’s how it is.)

As of writing, there have been no reported violent incidents in the area aside from common difficulties of finding voting precincts.

In a press briefing on Monday, Comelec Spokesperson James Jimenez reminded that those who missed two consecutive elections in the past and those who failed to undergo biometrics during voter’s registration have not been included in the list of eligible voters this year.

(I just want to remind everyone that if you miss two consecutive elections before, you won’t be in the list today. We have many instances where we talk to people who are not in the list because the last election they joined was a long time ago, so their registration was deactivated.)

(If they don’t have biometrics, then yes, they probably won’t be in the list too. Remember, in 2016, we implemented “no bio, no vote” — if you didn’t get your biometrics done, you won’t be able to vote because you aren’t in the list.)

Jimenez said these voters could still vote in the next election if they update their records and undergo biometrics in their respective cities’ Comelec offices. /cbb, je