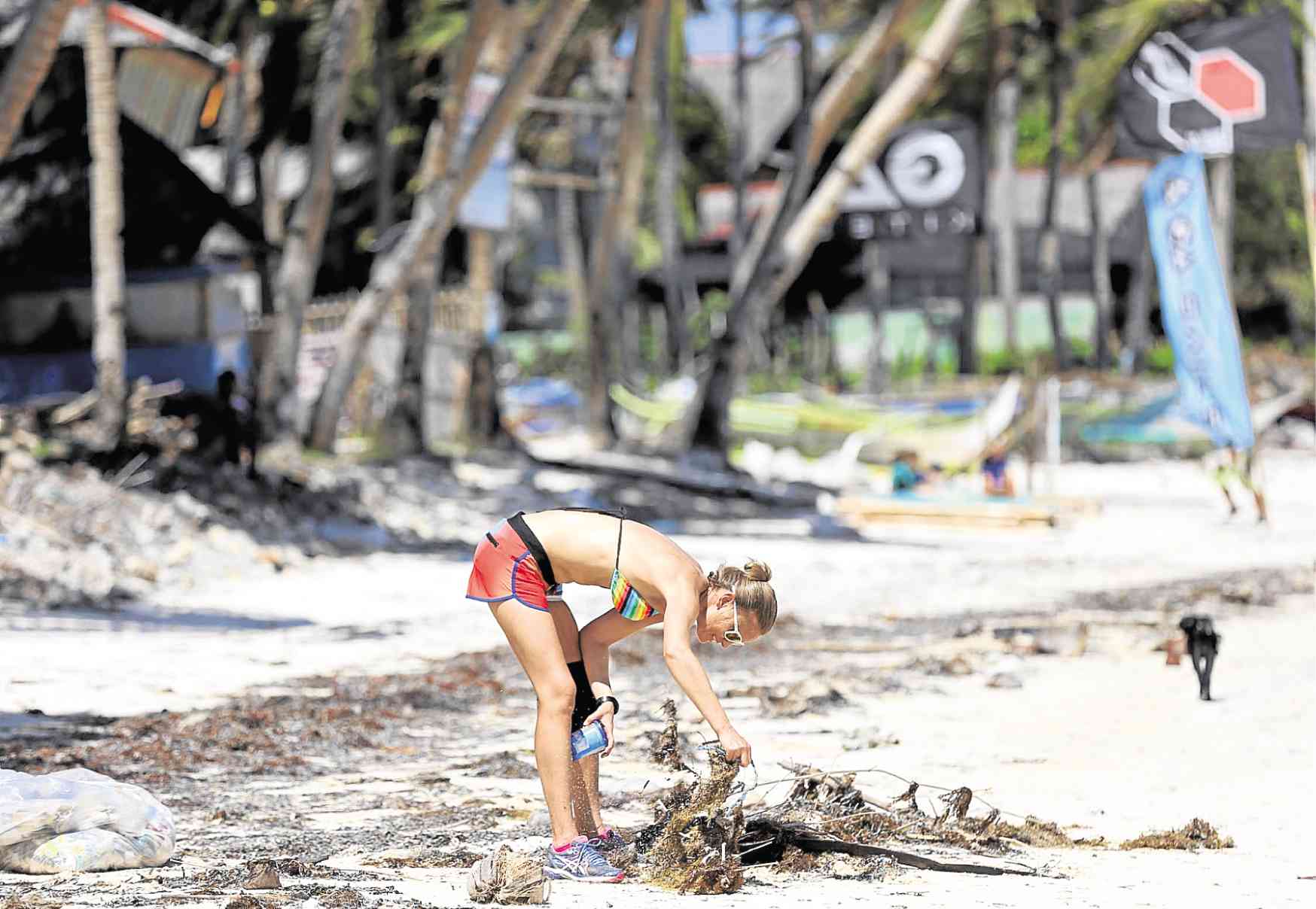 A foreign tourist helps pick up trash at a section of a beach on Boracay Island. (File photo by LYN RILLON / Philippine Daily Inquirer)

ILOILO CITY — Environmental concerns and livelihood of residents are among the main issues in the campaign for the barangay and Sangguniang Kabataan elections on Boracay Island in Malay town, Aklan province.

These issues were the common ones raised in candidates forums held this week on the island, said Elma Cahilig, election officer of Malay town which has 17 villages, including three on Boracay Island.

Cahilig said the candidates were asked for their stand in the total phaseout of tricycles with electric-powered ones by September.

Many residents are dependent on the operation of these tricycles for their livelihood.

Cahilig said they were expecting a lower turnout of voters for the barangay and Sangguniang Kabataan elections because many residents and voters left the island.

President Duterte ordered the closure of the 1,032-hectare island to tourists for six months for the rehabilitation of the island which he had called a “cesspool.”

The closure, which took effect on April 26, has affected the employment and livelihood of about 30,000 regular and informal workers and their dependents.

The closure prompted business establishments, including hotels and resorts, to stop operations and allow their employees to go home to their hometowns or find temporary employment.

Many informal workers dependent on tourists for their livelihood also left the island.