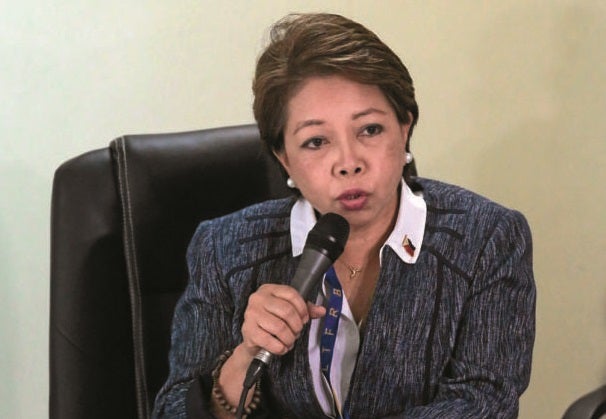 The president of the Catholic Bishops’ Conference of the Philippines (CBCP) has recommended Land Transportation Franchise and Regulatory Board (LTFRB) board member Atty. Aileen Lizada as the next Ombudsman.

In a letter submitted on Friday to the Supreme Court, CBCP President and Davao Archbishop Romulo Valles said that Lizada fits the position of Ombudsman because of her “honor and integrity.” 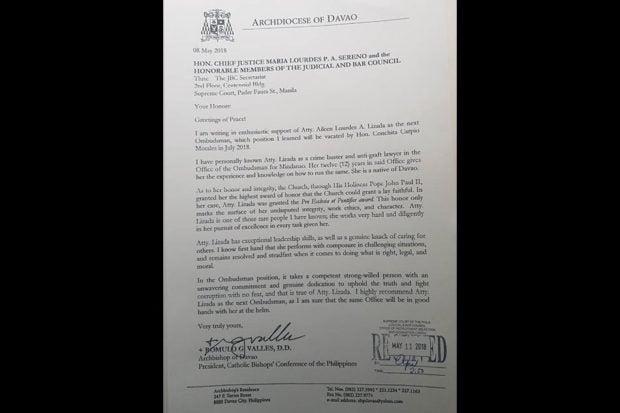 “I am writing in enthusiastic support of Atty. Aileen Lourdes A. Lizada as the next Ombudsman, which position I learned will be vacated by Hon. Conchita Carpio Morales in July 2018,” Valles said.

Valles said that he personally knows Lizada to be staunch a “crime buster and anti-graft lawyer,” which she displayed during her time at the Office of the Ombudsman for Mindanao.

According to the CBCP president, Lizada served the Ombudsman in Mindanao for 12 years.

“I know first hand that she (Lizada) performs with composure in challenging situations, and remains resolves and steadfast when it comes to doing what is right, legal, and moral,” he said.

“In the Ombudsman position, it takes a competent strong-willed person with an unwavering commitment and genuine dedication to uphold the truth and fight corruption with no fear, and that is true of Atty. Lizada,” vouched Valles.

Associate Justice Teresita Leonardo De Castro was also nominated to be the next Ombudsman.

READ: I have a full term as Ombudsman, Morales tells Duterte