Akbayan Partylist may file a case against Tourism Secretary Wanda Teo over the controversial P60-million advertisement placed by the government television network on her brothers’ show, its spokesperson said on Monday.

Akbayan spokesperson Gio Tingson said that they were just waiting for the results of the investigation being conducted by Malacañang before filing a case. 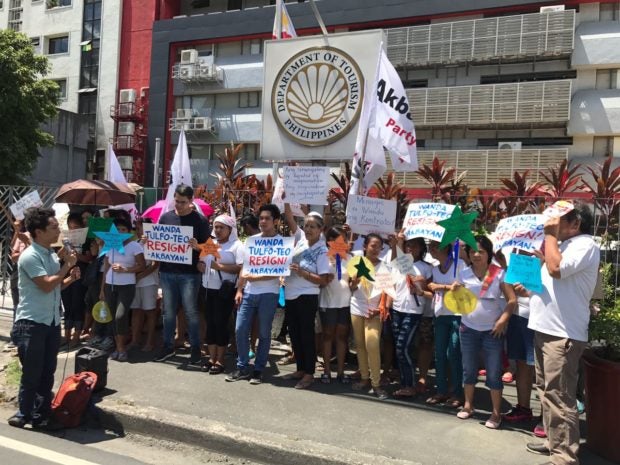 INQUIRET.net asked Akbayan what charges it was planning to file or what form of “corruption” it found in the deal but the group did not respond to repeated texts.

Critics are accusing Teo of conflict of interest after P60-million worth of advertising contracted by the Department of Tourism (DOT) with People’s Television Network Inc. (PTNI) was placed by the network on her brothers’ show, “Kilos Pronto.”

Teo said her department never placed any ads on her brothers’ show, explaining that the DOT’s deal was with PTNI. It was PTNI that decided to place the ads on Kilos Pronto.

Her lawyer, Ferdinand Topacio, claimed that even the Commission on Audit (COA) did not find anything wrong with the deal. According to him, the COA was merely asking for documents related to the advertising contract.

Tingson said the controversy as “more than a whiff” of corruption, therefore, Teo should resign.

On August 30, Malacañang announced that it has started its probe on the controversy.

“I would like to confirm that Palace is looking into the matter,” Presidential Spokesperson Harry Roque said.

“Alam n’yo na naman ang procedure natin dito sa Palace (You know the procedure here in the Palace). There are news reports. The President will look into it. There will be some kind of investigation to be conducted and the Palace will decide its course of action,” he added. /cbb