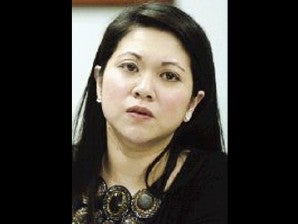 As far as Malacañang is concerned, the “battleground” for pursuing justice vis-à-vis former President and now Pampanga Representative Gloria Macapagal-Arroyo has shifted from the Supreme Court to the Pasay City Regional Trial Court (RTC).

“This is the day in court that everybody has been waiting for. And this is the chance to prove innocence or guilt. So, the battleground now is really at the [RTC],” President Aquino’s deputy spokesperson Abigail Valte said Tuesday at a Palace briefing.

Valte defended the swift actions of the joint panel of the Department of Justice (DOJ) and Commission on Elections (Comelec) that recommended the filing of the electoral sabotage case against Arroyo, as well as the Pasay City RTC that ordered her arrest.

She said that the Comelec remained an independent body, and that it was up to its commissioners to decide which case it would prioritize.

“We tend to complain about agencies that work slowly, and now that certain agencies are doing their job, we are now complaining about the swiftness of their actions,” she said.

Valte stressed that the processes and the law were being followed by the Palace.

As for the swift arrest of Arroyo on November 18, Valte said it was not unusual for cases filed in the morning to see action by the court hours later.

She also said the law did not say that a judge should determine probable cause in a case in 10 days before issuing an arrest order: “What the law says is if it’s the personal determination of the judge that probable cause exists, then he can issue a warrant.”

“President Aquino and Justice Secretary Leila de Lima are determined to make Arroyo accountable for crimes that took place during her term. This is not vindictiveness or persecution, but the pursuit of justice. This government is committed to uphold the rule of law,” Llamas said in a statement.

He assailed Arroyo’s legal spokesperson, Raul Lambino, for “twisting the truth and obfuscating the issues.” He said the former President’s intention was to leave the country on November 15, as shown by the fact that she booked six flights out of the country immediately after the Supreme Court issued a temporary restraining order on her inclusion in the immigration watch list.

Had justice and immigration officials not stopped Arroyo, “she would not be in a hospital right now, but quite possibly seeking political asylum in another country where we do not have an extradition treaty so she could escape prosecution at home,” Llamas said.

Valte said Malacañang had not changed its mind regarding Arroyo’s continued hospital arrest.

“We will leave it to Secretary De Lima. She has already enunciated the government position on this… So far, there is no change from our position,” Valte said.

Albay Governor Joey Salceda, a former economic adviser and chief of staff of Arroyo, said that like any other Filipino, the former President deserved “humane treatment.” He was responding to a question of whether he thought Arroyo should be put under house or hospital arrest during the trial of her electoral sabotage case.

“I think every Filipino deserves humane treatment if it’s allowed in law and it has precedence,” said Salceda, who described himself as now a loyal member of Mr. Aquino’s Liberal Party.

On Arroyo’s present predicament, he said: “It’s not a situation I would like to be in.”

And despite the controversy over Arroyo’s attempt to leave the country that saw the Palace clashing with the Supreme Court, Salceda said the country’s institutions were “working” and that the rule of law was prevailing.

“There is creative tension among the institutions, but I think generally the country will learn from the episode,” he also said.

Reminded that he had once referred to Arroyo as one “lucky bitch” and asked whether he thought her luck had run out, Salceda merely said he continued to pray for Arroyo and for the country.

Asked what he was praying for Arroyo, he said: “Justice [for her]. I think the country wants justice and everybody wants justice, and therefore, I think this is what the process is all about—justice.”

Your subscription could not be saved. Please try again.
Your subscription has been successful.
Read Next
Arroyo sued by kin of massacre victims
EDITORS' PICK
ACT slams Edca on 124th anniversary of PH-American war: ‘Tila hindi umalis ang mananakop’
Philippines central bank to focus on inflation at next policy meeting – governor
Only 38% of students grade 1 to 3 prefer local language as medium of instruction — Pulse Asia
House energy committee chair Arroyo bats for cheap electricity
Omega Speedmaster super racing: Tiny device massive change
vivo Philippines offers a free bouquet of flowers and a premium necklace perfect for Valentine’s Day
MOST READ
Philippines’ own ‘Anna Delvey’ arrested in Taguig City
Pokwang admits she lied about cause of split with Lee O’Brian: ‘Umasa akong aayusin pa niya’
OWWA chief Arnell Ignacio: Socmed manager behind post on my love life
Vice Ganda asserts all is well with Karylle, takes swipe at ‘kuya’ who chimed in to be ‘trending’
Don't miss out on the latest news and information.