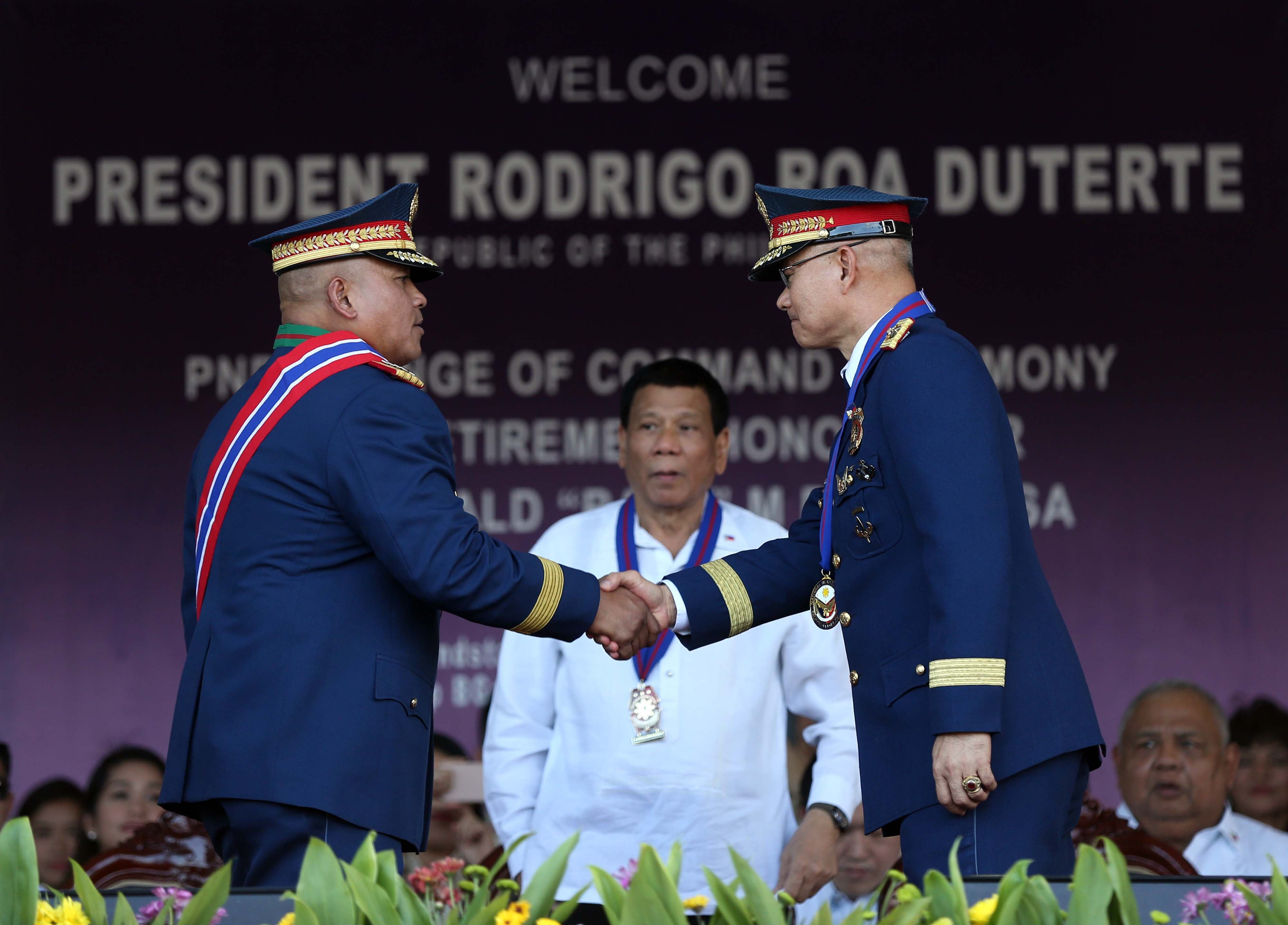 Duterte signed the appointment paper of Dela Rosa on April 30 but Malacañang released it only on May 3.

Dela Rosa retired on April 19 after 21 months of serving as the PNP chief.

He was supposed to retire on January 21 this year but Duterte extended his term until April.

The PNP, under Dela Rosa, had been criticized for alleged human rights violations in carrying out the President’s anti-drug and criminality campaign.

Duterte first named Benjamin Delos Santos as his first BuCor chief but he resigned in July 2017 after reports that the drug trade at the New Bilibid Prison (NBP) had continued to proliferate during his term.

He retired as AFP chief on April 18 after 38 years of military service.

Read Next
Inting: Election laws ‘alien’ to me, but I’m a fast-learner
EDITORS' PICK
DOH: 28,471 new COVID-19 cases in PH; active cases now 284,458
On Day 2 of implementation, gov’t says workers now exempt from ‘no vax, no ride’ policy
Over 3 Million worth of prizes to be won at Smart Padala’s SENDali Manalo Promo!
Acer starts the year off strong with the Aspire Vero National Geographic Edition
Metro Manila posts lowest temperature yet this ‘amihan’ season at 19°C
Gear up and get ready to play with Yamaha Mio Gear
MOST READ
Emma Stone calls Andrew Garfield a ‘jerk’ after he ‘lied’ about his ‘Spider-Man: No Way Home’ appearance
Derek Ramsay on being married to Ellen Adarna: ‘Gumaan ‘yung mundo ko’
Sweden scraps demand for negative COVID-19 test to enter country
Retirements prompting major reshuffle in PH military
Don't miss out on the latest news and information.