Church bells to toll in Manila for slain Cagayan priest 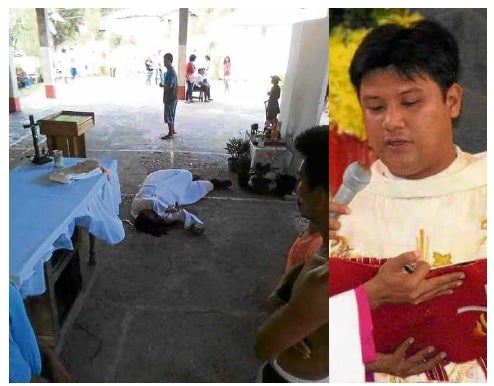 Manila Archbishop Luis Antonio Cardinal Tagle has ordered the ringing of church bells in the Archdiocese of Manila at 8:00 p.m. every day to remember the young Cagayan priest shot dead in Tuguegarao City on Sunday.

In a letter released on Wednesday, Tagle urged the church “to continue the practice and to invite our communities to pause, remember, and pray” amid “cases of violent killings in our country, done for varying motives.”

“Needless to say, the poor, needy, helpless, and vulnerable are the usual casualties,” Tagle said.

The Manila Archbishop said “the bells beg us to transform the mourning of our people into hope and peace.”

“The bells haunt the perpetrators of violence and killing to remember their victims, never to forget them,” he added. “The bells urge us to commit to actions of truth, justice, love and respect for God’s gift of human life and dignity.”

Fr. Mark Ventura, a young Catholic priest in Tuguegarao City, was known for his stance against mining and for helping the indigenous peoples of Cagayan, according to the Catholic Bishops’ Conference of the Philippines (CBCP).

In September 2017, Tagle made the same appeal amid the brutal war on drugs of the Duterte administration and urged the revival of “De Profundis,” the Catholic tradition of praying for the dead.

Church bells have tolled then for 40 nights for the victims of extrajudicial killings and the dead in Marawi. /ee