Thousands of protesters gathered on Tuesday to call for an increase of minimum wage of workers and end contractualization.

As the rally was ongoing, President Rodrigo Duterte has signed the Executive Order (EO) concerning issues on contractualization.

The signing of EO was announced during the President’s speech in Cebu City. /jpv 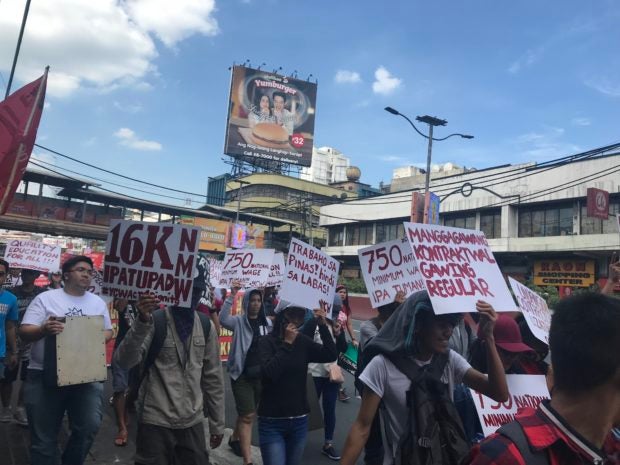 Protesters are calling on the government to increase the minimum wage of workers. FAYE ORELLANA / INQUIRER.net 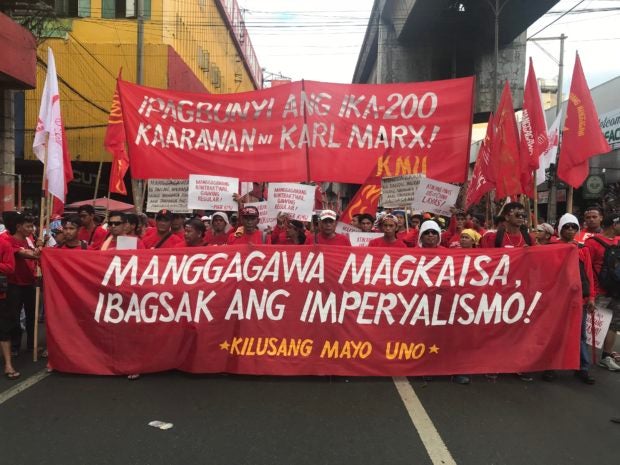 The KMU joined the protest as they call to end imperialism in the country. FAYE ORELLANA / INQUIRER.net 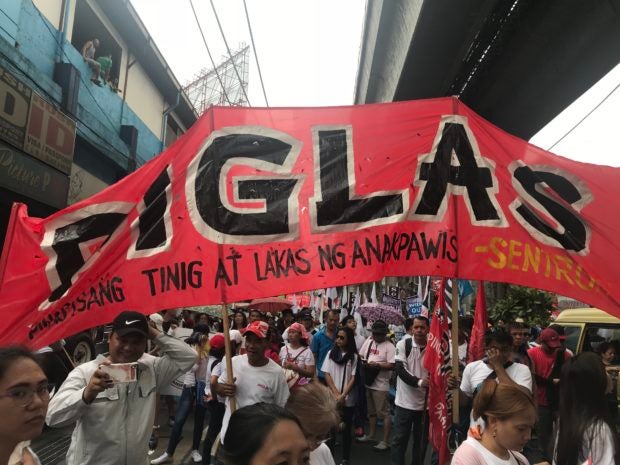 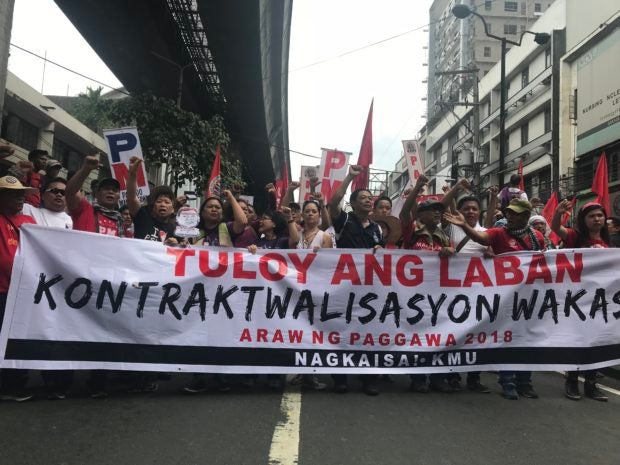 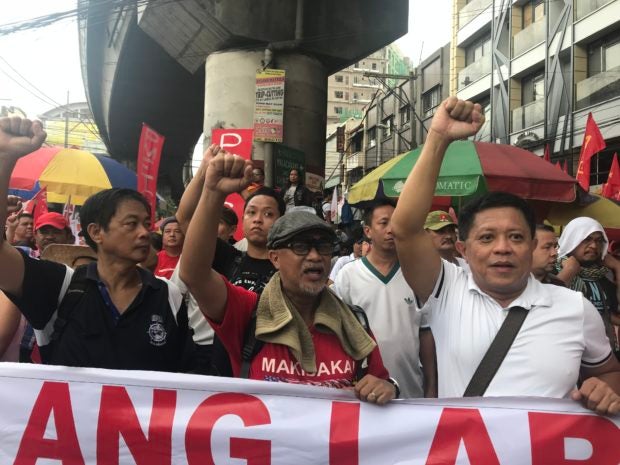