View from abroad: There’s more to Asia than meets the (Western) eye 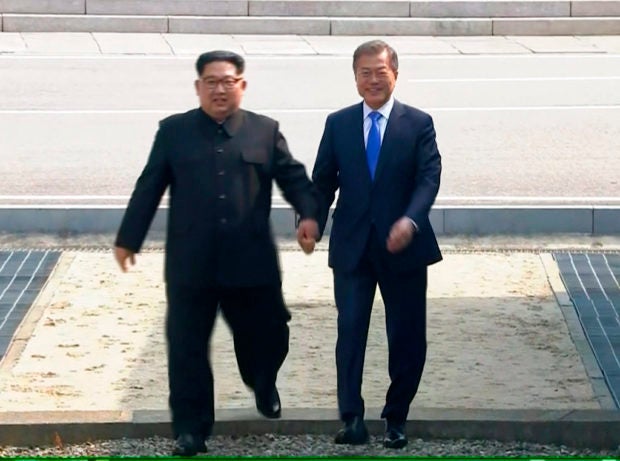 Something important is afoot in Asia. After years of stalemate, and despite continuing rivalries and competition, Asia’s top leaders appear to be getting serious about patching up relations and sidestepping long-standing animosities.

The disruptive impact of US President Donald Trump’s erratic foreign policy, tough talk on trade and general craving for attention is certainly one factor behind the changed intra-Asian political dynamics. Leaders of China, Japan, India and South Korea have been wrong-footed by Trump’s volatile personality and quickly-changing views.

The American security umbrella in the Asia Pacific is still seen as important by the region’s US allies. But in many subtle, non-headline-grabbing, ways, governments in the region are starting to prepare for a new post-US era.

The [rise of China and President Xi Jinping’s increasingly assertive foreign policy stance is another critical game changer. Like it or not, China’s Belt and Road Initiative (BRI) is transforming Asian connectivity and making Beijing a lead player in regional trade and aid dynamics. Also, if he is to make good on his promise to speed up China’s economic development, President Xi needs cooperative and stable relations with China’s neighbours.

More than geopolitical factors are at play, however. Asia’s buoyant economic growth rates have led to the emergence of a large middle class, including working women and more and better educated young people who aspire for peace and prosperity, not conflict.

Also, regional and global supply chains are welding Asia Pacific together as foreign and domestic businesses earn money from cross-border opportunities in the region rather than just national markets.

And intra-state discord fuelled by rival territorial claims and old animosities have sparked unprecedented levels of spending on arms and weapons.

Little surprise then that many, mainly Western observers, tend to view Asia through the prism of war and confrontation. A large percentage of Western articles and books on Asia have “war” in the title. The bestsellers are all about the “inevitable” or “upcoming” clash between the US and China, followed by those predicting war between China and India or China and Japan.

But, interestingly, while the predominantly Western narrative on Asia is about upcoming conflicts, the region’s leaders seem to trying to make peace. Sort of.

Take the long-heralded inter-Korean summit. The historic encounter between South Korean President Moon Jae-in and North Korean leader Kim Jong-un may not lead to quick denuclearisation in North Korea or immediate peace in the Korean peninsula. But it’s an important first step in trying to end the current stalemate — and very real fears about war in the region. The summit could also, of course, lead to an even more historic meeting between Trump and Kim.

There’s more good news. China and Japan have resumed a high-level economic dialogue after an eight-year interruption, signalling a slow warming up of long-strained relations. There have been ministerial contacts, with Chinese Foreign Minister and State Councillor Wang Yi visiting Tokyo recent for discussions and Japanese Foreign Minister Tara Kono travelling to Beijing in January.

There are plans for Chinese Premier Li Keqiang to travel to Japan for a trilateral summit with Prime Minister Shinzo Abe and South Korean President Moon Jae-in next month. This will pave the way for Abe and President Xi to visit each other’s countries at a later date.

Significantly, overcoming its initial hesitation — and despite having a rival project for a Free and Open Indo Pacific — Japan has indicated its readiness to join the BRI. Some Chinese commentators have gone so far as to hope the BRI could trigger stronger Sino-Japanese cooperation much as the European coal and steel community sparked the establishment of the European Union.

China also appears to be working actively to mend fences with India. Prime Minister Narendra Modi and President Xi met for an impromptu summit after a difficult year in their relations and continuing Indian concerns about China’s economic and military expansion.

Earlier at a meeting of the Shanghai Cooperation Organisation, India stood alone in refusing to support the BRI. That’s no surprise given Delhi’s anger at the fact that parts of the China-Pakistan Economic Corridor (CPEC) run through sections of Kashmir. India is also watching with alarm as China increases its clout in other parts of South Asia.

Few expect these and other high-profile meetings between Asian leaders to produce immediate breakthroughs. Global politics don’t work like that. And even if leaders do come to an agreement, their implementation hinges on follow-up work by more traditional technocrats who are often unwilling or unable to strike deals.

Still it is important that such encounters — and more mundane ones among ministers and senior officials — take place regularly. Asians are already connected through trade, investments and people-to-people ties. What these meetings need is a strong political impulse. And for a variety of reasons, that high-level political steer is beginning to emerge.

The view from the West may still be of an Asia that is perpetually on the brink of war. Talk of war sells books, arms and weapons. But there is more to Asia than meets the (Western) eye.