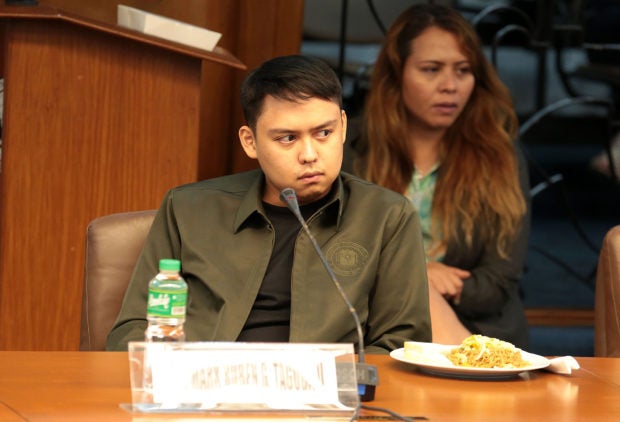 After nearly two months of postponed hearings, alleged Customs fixer Mark Ruben Taguba on Friday pleaded not guilty during his arraignment over his alleged involvement in the P6.4-billion crystal meth or “shabu” shipment from China that breezed through the Bureau of Customs (BOC) last year.

His coaccused, Eirene Mae Tatad, meanwhile refused to enter a plea and did not explain why.

The Manila Regional Trial Court (RTC), which is hearing their case, entered a “not guilty” plea for Tatad, who owned the warehouse where the shabu shipment was stored.

Taguba, Tatad and seven others are currently facing charges of illegal drug importation and transportation before Manila RTC Branch 46 Judge Rainelda Estacio-Montesa, who on February ordered their arrests without bail.

Friday’s hearing was in connection with the multibillion shabu shipment from China that exposed deep-seated corruption at the BOC and led to the dismissal of several of its officials, including former Customs chief Nicanor Faeldon.

The order, which was received by the Bureau of Immigration, bars Chinese nationals Chen, Li, Dong and Chen Rong Huan, and Taiwanese citizens Chen I-Min and Jhu Ming Jyun from leaving the country.

Last week, state prosecutors argued in a motion that the six were “flight risks” and likely to escape prosecution.