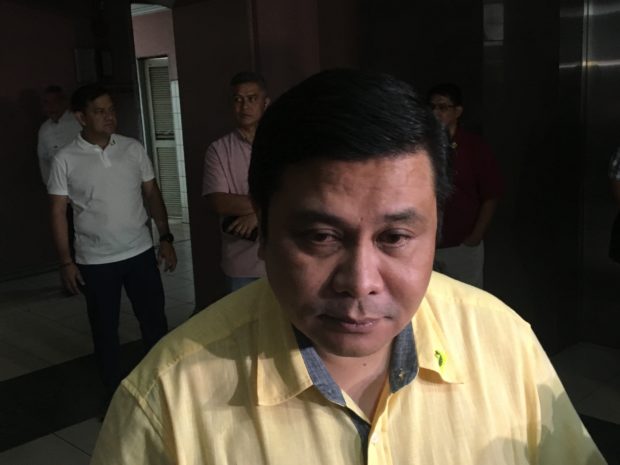 Former Sen. Jinggoy Estrada will still be allowed to travel to the United States despite allegations he forged an invitation to speak before a group of Filipinos in Michigan, the Sandiganbayan ruled on Tuesday.

In an April 24 resolution made public on Friday, the antigraft court’s Fifth Division denied the motion of Ombudsman prosecutors to recall the travel leave that was granted to Estrada, effective April 30 to May 30, “given the dearth of evidence” to back it up.

The resolution, penned by Associate Justice Rafael Lagos, said the prosecution failed to substantiate its allegation that Estrada misrepresented an invitation to speak at an event organized by US Pinoys for Good Governance (USPGG), whose leaders had disavowed the invitation.

Estrada’s motion to travel had stated that he was invited by the USPGG to speak during its meeting on May 20 in Michigan, citing an invitation from the group’s Michigan president, William Dechavez.

But on April 9, USPGG chair Loida Nicolas Lewis and president Rodel Rodis wrote a letter denying that such an invitation had been extended to the former senator, who is on trial for plunder in connection with his alleged involvement in the pork barrel scam. —DJ YAP