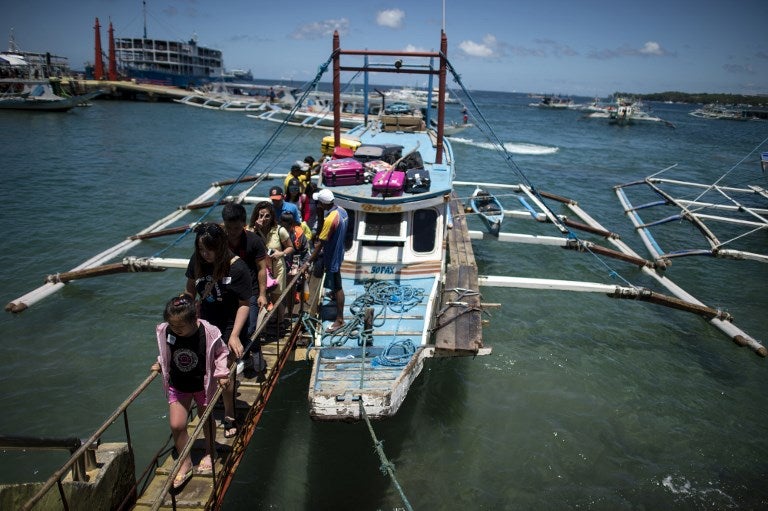 Tourists leave after vacationing in Boracay on April 24, 2018, ahead of its closure. / AFP PHOTO / NOEL CELIS

President Rodrigo Duterte has declared a state of calamity in Boracay following its total closure for six months.

Duterte signed Proclamation No. 475 placing the villages of Manoc-Manoc, Balabag, and Yapak under state of calamity.

The proclamation also ordered the temporary closure of the resort island, starting April 26.

The proclamation stated that the inter-agency tasked to rehabilitate Boracay found the following violations that led to its temporary closure:

Duterte said he declared “the temporary closure of the Island as a tourist destination for six (6) months starting 26 April 2018, or until 25 October 2018… subject to applicable laws, rides, regulations and jurisprudence.”

The President had earlier tagged Boracay as a “cesspool.” /je 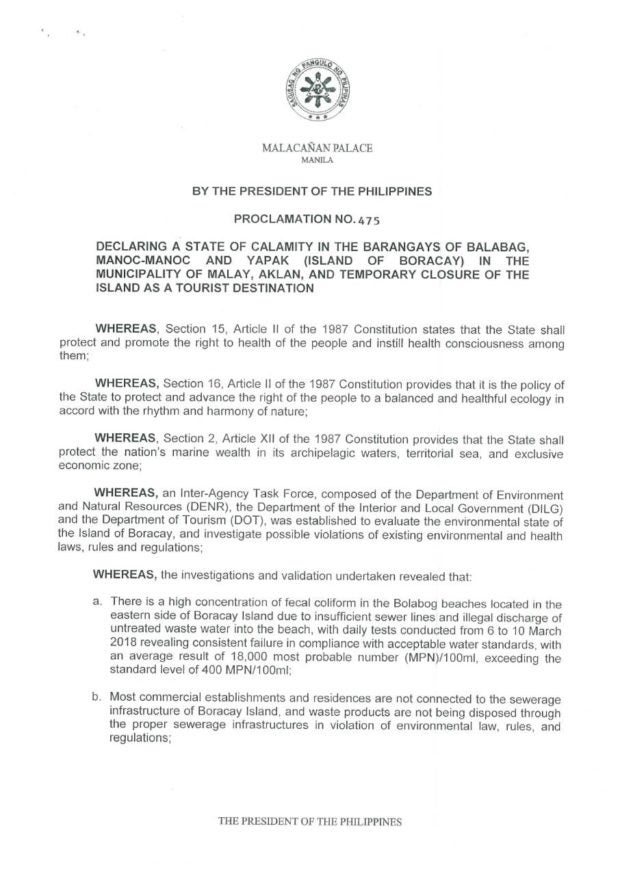 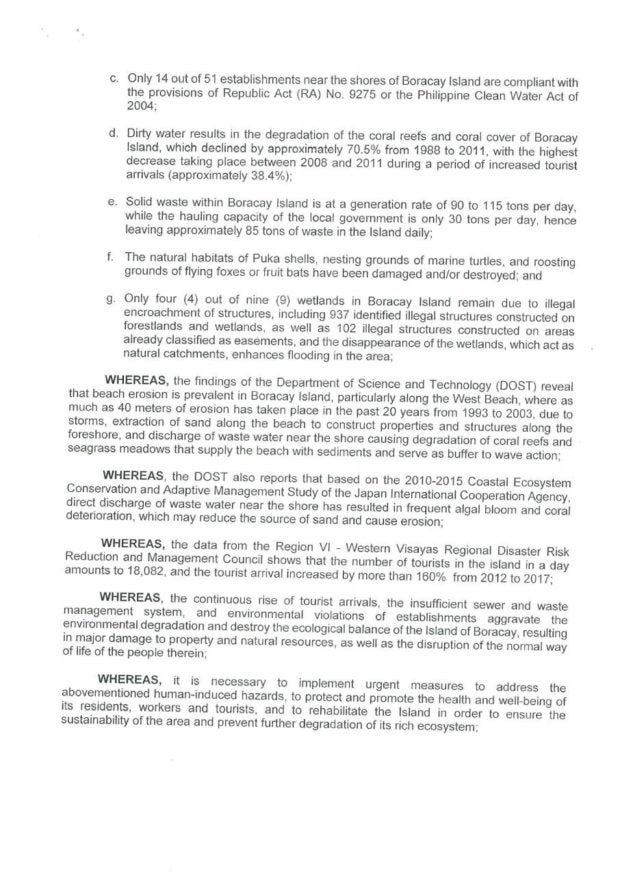 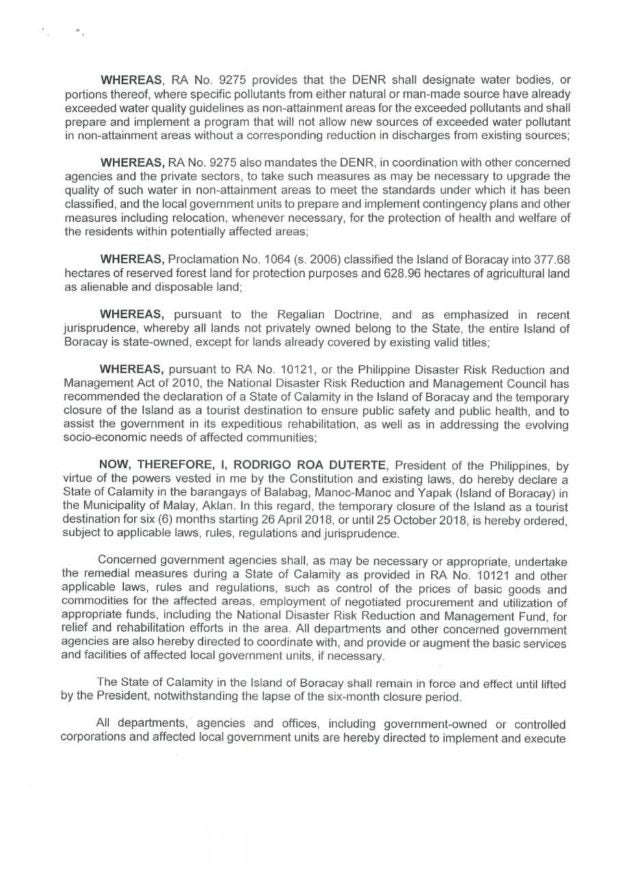 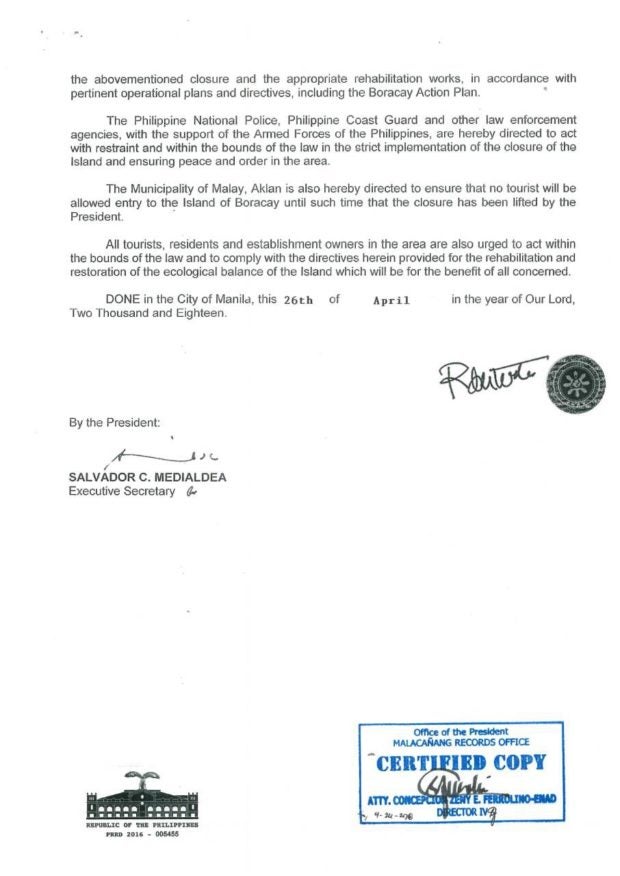