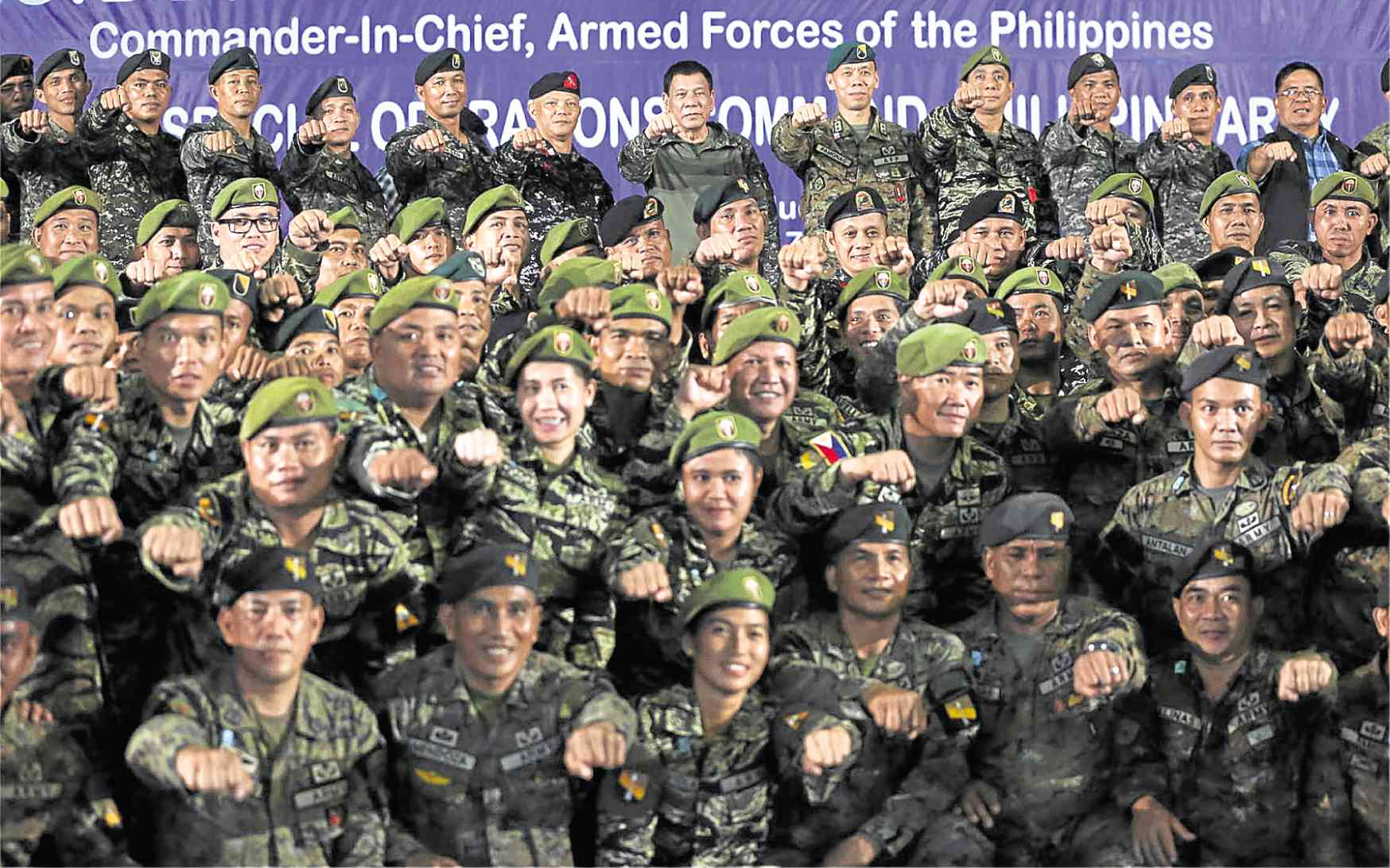 In recognition of the military’s sacrifices, the Metro Rail Transit 3 (MRT-3) will start granting free rides to all active military personnel of the Armed Forces of the Philippines (AFP) starting April 25.

In a statement on Monday, the MRT-3 management said that free rides for all uniformed personnel was part of the memorandum of agreement (MOA) that will be signed with the AFP.

MRT-3 media relations officer Aly Narvaez said the agreement would last for a year, until April 25, 2019.

“All active military personnel may avail [themselves] of an MRT-3 ride free of charge upon showing their AFP identification cards, which will serve as their access pass. Validity of the service shall last for one year,” the MRT-3 statement read.

Likewise, as part of the agreement with the MRT-3, the AFP would provide the transit line with ambulance and medical teams for assistance during emergency and crisis situations upon advance coordination.

Transportation Secretary Arthur Tugade said that the MOA was a gesture of recognizing the military’s sacrifices for the country.

A similar agreement was also approved and signed between the AFP and the Light Rail Transit Authority (LRTA) in December 2017.

The LRTA said that all uniformed personnel of the AFP would be entitled to free rides at the LRT Line 2 until December 2018.

The granting of free rides was a gesture of gratitude for the heroism of government troops in the Marawi City siege, LRTA public relations chief Lyn Paragas-Janeo said.

Read Next
Palace pleased by Kris Aquino’s remarks about Duterte
EDITORS' PICK
House energy committee chair Arroyo bats for cheap electricity
Bongbong Marcos to slain journalist’s kin: ‘We are ready to help’
Score lots of freebies and discounts on vivo 10.10. Sale
Smart awards ‘Subscribe & Get Lucky’ Raffle Promo winners
10,000 to less than 500: How people are driving the tamaraw to extinction
Marcos wants to accelerate efforts to build agricultural sector back
MOST READ
34 people killed in mass shooting at daycare center in Thailand
Marcos admin gets high approval ratings in Pulse Asia survey
Tulfo blasts DBM for ‘acting like God’ in cutting budget
Woman shot dead by live-in partner in Laguna
Don't miss out on the latest news and information.